AUBURN HILLS, Mich. (FOX 2) - Police in Auburn Hills are asking if the public's ever had an encounter with a man they believe has been impersonating a police officer.

The man, a 37-year-old from Flat Rock, was pulled over on Sept. 24 for an improper window tint and suspicious LED lights in the windows. He was in a silver 2012 Dodge Charger.

The Flat Rock man was arrested and he's facing a misdemeanor for now.

During the traffic stop, police saw a laptop computer mounted in the center console, and a loss prevention badge next to it. 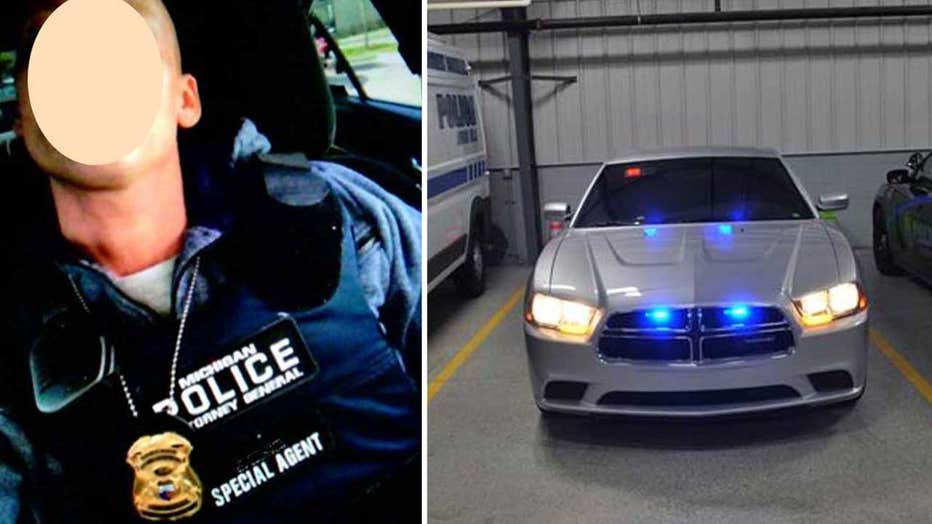 On the front of the vest there was a patch which states, "Michigan Police Attorney General."

A search warrant was obtained for the vehicle and it was seized by the Auburn Hills Police Department. Further inspection of the vehicle determined that it had 360 degree red and blue lights and a functioning siren on the vehicle.

Car confiscated with lights and sirens in Auburn Hills

Police in Auburn Hills are asking if the public's ever had an encounter with a man they believe has been impersonating a police officer.

Police are now asking if anyone on the road has had an encounter with this person.

Anyone who has any information related to this person or vehicle is asked to contact the Auburn Hills Police Department at 248-370-9460.