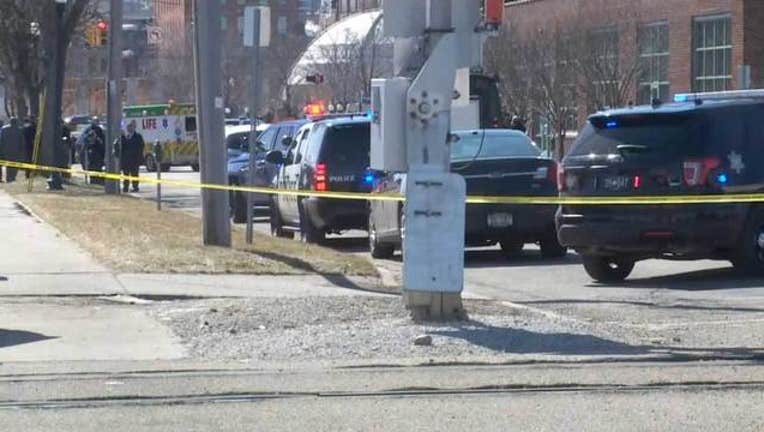 KALAMAZOO, Mich. (FOX 2) - Authorities say a police officer was shot while responding to a shooting at a plasma donation center in downtown Kalamazoo.

Portage Public Safety posted on Facebook that the shooting happened near Kalamazoo Avenue and Edwards Street.

Walterhouse says the gunman told people to call 911. She says, "Then we ran."

FOX 17 reported some ongoing lockdowns in the area while authorities are on scene. The Kalamazoo Gospel Mission is locked down and Shakespeare's Pub says they are temporarily closed.

Police say there's "no active threat" to the public. The statement didn't mention anything about the gunman. A late afternoon news conference is planned.