HARPER WOODS, Mich. (FOX 2) - It started out like any other call for service. Harper Woods. Officer Luke Pauly said he was dispatched because of a roll over accident on westbound 94.

He knew before getting there that the car was on fire. But we all saw it. He could never have known it would look like this. After arriving first at the scene,  bystanders told him someone was in the car.

Pauly says the man was moving inside and trying to get out, but appeared to be fading in and out of consciousness.  So he moved into action without a second thought, dragging the man to safety.

"I was worried it was going to explode. I never knew that cars don't explode, so it was popping. I don't know what was making that noise, I think it's from the tires."

Pauly said what he did is in his job description and gives credit to other officers who responded that night.

He says he got a call from the victim's sister, who says she is so glad he was there and thanked him profusely. 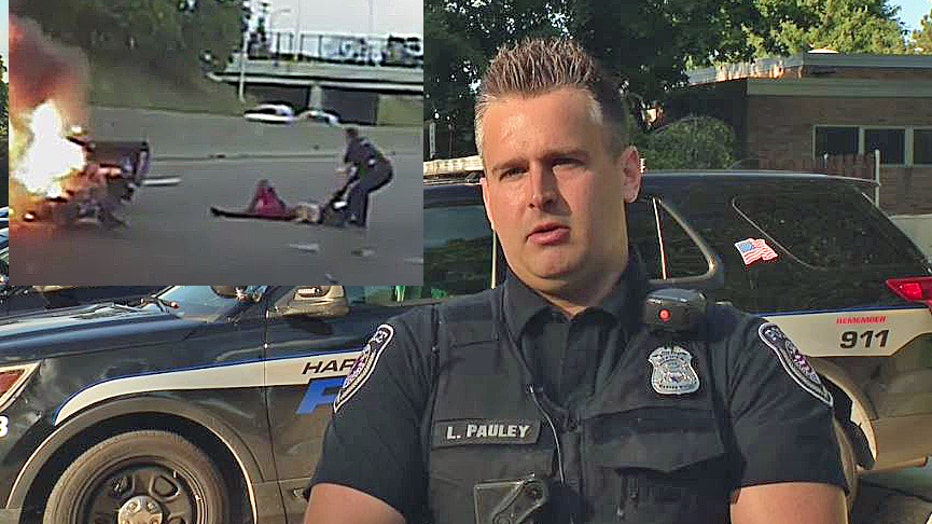 The crash victim was taken to the hospital, but it does appear that he's going to be okay.