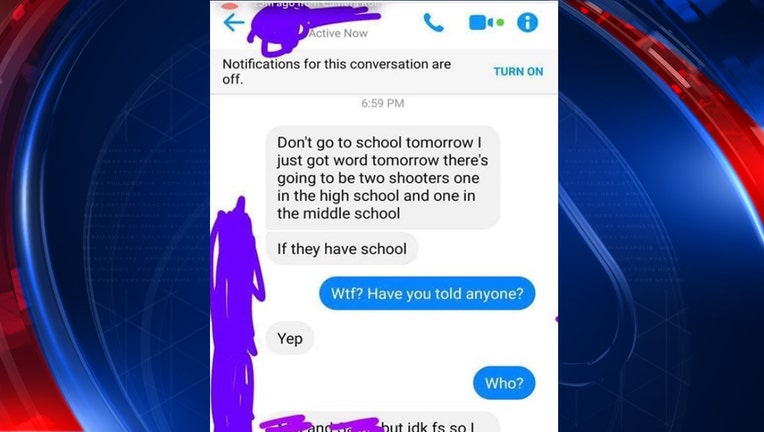 FOX 2 - Police have a person of interest in custody connected to a series of school threats made this week.

In a post on Facebook the Melvindale Police Department said, "Our agency has made an arrest in the school threats case. Unfortunately, we cannot provide any details as to the arrest."

Anonymous social media school threats were responsible for closing school in the Melvindale-Northern Allen Park district Monday, Tuesday and Wednesday. In one shared picture of the threats by police, it warned "don't go to school tomorrow" due to "two shooters" with one each in the high school and middle school.

No details have been released about the person of interest or what led to the arrest.

On Sunday evening officials became aware of the first threat which was made against Strong Middle School, leading to the first closure Sept. 16. Subsequent threats led to closures as a safety precaution the next two days.