Police pursuit ends in a crash on 275, with suspects arrested

Detroit police say the chase started near Fenkell and Beaverland on the city’s west side. Officers recognized a man wanted for assault with intent to murder.

LIVONIA, Mich. (FOX 2) - A police pursuit came to an end in a fiery crash on I-275 during the evening commute involving a murder suspect Monday night. It marked the beginning of a bad day for these two guys.

A 25-year-old and a  46-year-old are both in custody after the chase and crash, where the vehicle ran off the road and rolled over down an embankment. Both suspects are in police custody at a local hospital, where they’re being treated for non-life-threatening injuries. No innocent bystanders or officers were injured.

Loren Hedges watched the chase come to a crashing end as the driver of an SUV lost control as he fled from state troopers, striking a curb, where he hit street signs, launching through the air.

"I was like, (oh blank) he’s flying," said Hedges. "I bet you the car was about that high off the ground."

Before bouncing around like a basketball and getting thrown out of the SUV.

"They got on him, handcuffed him, and then they drug him up the hill because the car was on fire," he said. "And then they went to work getting the passenger out."

Detroit police say the chase started near Fenkell and Beaverland on the city’s west side. Officers recognized a man wanted for assault with intent to murder.

They ran the plates of the SUV he was in —  and saw that it was stolen. The cops tried to make a traffic stop. The driver made a run for it.

"Man, I saw like a white SUV just zooming through my parking lot, and the cops right behind him, going through Beaverland," said witness Ibrahim Ali.

From there the suspects made their way on to westbound I-96.

Detroit police called in Michigan State Police to lend a hand. Troopers tailed the suspects to I-275 where the driver crashed near the Six Mile exit. 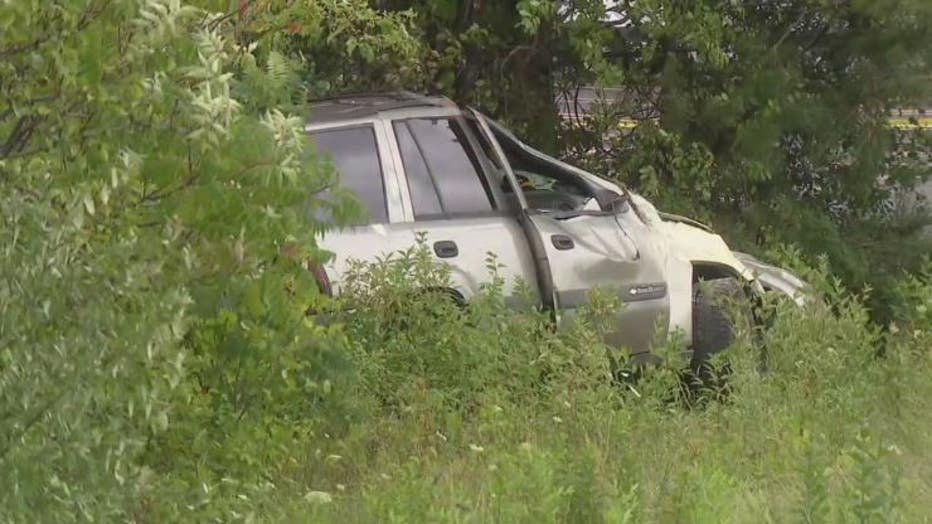