It’s a trend on TikTok, a how-to for stealing Kias and Hyundais.

DETROIT (FOX 2) - It’s a trend on TikTok, a how-to on stealing Kias and Hyundais.

"It’s becoming a game even though there is nothing funny about it," George Glassman, president of the Glassman Automotive Group.

FOX 2 told you about the so-called "Kia Boyz" last week and the social media video that has spawned imitator car thieves across the country.

"It was parked right here, I pulled up right here," she told our Randy Wimbley.

Lt. Clive Stewart is with the Commercial Auto Theft Unit of the Detroit police.

"Do not leave your USB visible in your cars, you’re almost giving them an extra key," he said.

The numbers are staggering – in Detroit alone in July, about 150 Kias and Hyundais were stolen – and in August so far, 28.

"These kids they get in," Stewart said. "They get in with their buddies. they pile up and they ride around in them."

Nowhere is immune – Eastpointe has had 15 stolen this month alone, Clinton Township has had 17 since mid-July and in Roseville, seven were stolen since June 1st and 18 more attempts. 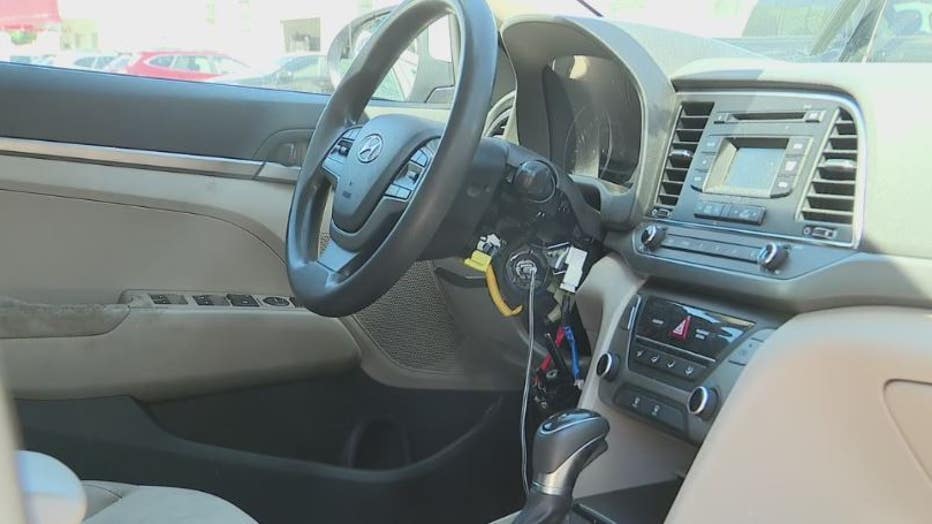 Look at some of the damage left behind - "Kia Boyz" carved into the console, and their call sign of a snapped seatbelt in the driver’s seat when the joyride is over.

The owner of Glassman Kia says they're inundated with repairs on these. so much so, some of the parts are backlogged – delaying repairs.

FOX 2: "Are these cars up to safety standards and do they meet all these requirements?""

"Yep, they meet all federal and state safety guidelines," he said. 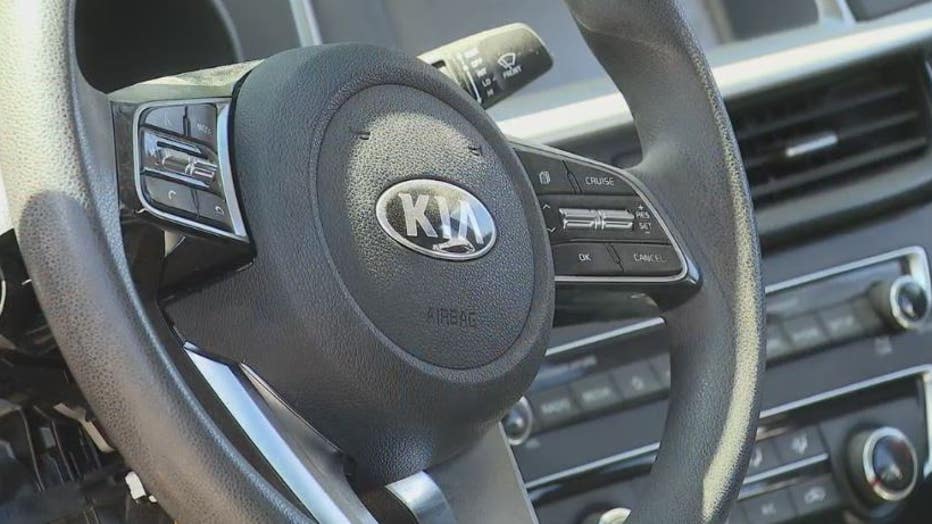 The manufacturer is working on a fix.

"They are doing everything they can to get a security kit out to the public sooner than later," Glassman said.

In the meantime, Lt. Stewart recommends a secondary alarm system – if that’s too expensive, there are options.

FOX 2: "What’s the most economical one?

"I would say the Club and the column lock. the one that goes right around the steering column where the ignition housing is at," Stewart said.

The old school Club and that steering column lock – will run anywhere from $50 to $100. The lieutenant says – typically, just the sight of one alone will stop the thieves and they’ll move on. 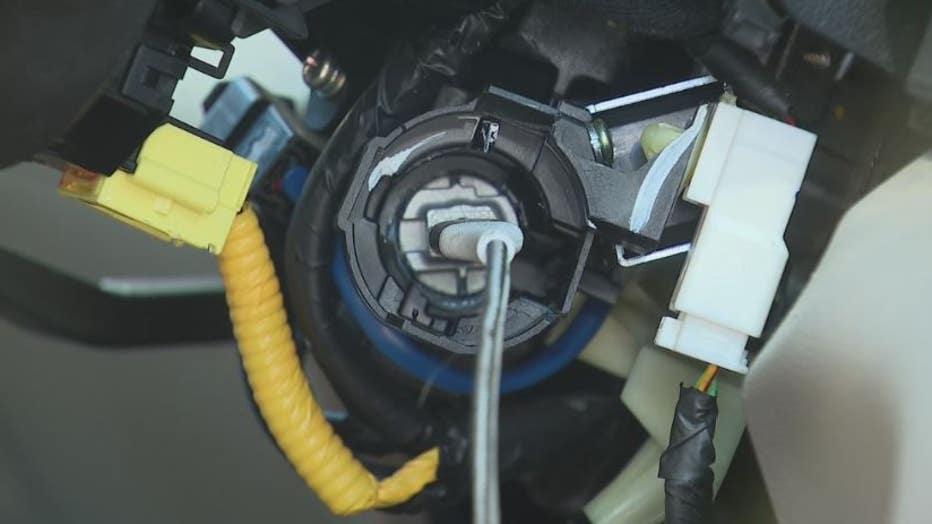