Not only did he burn up some of the siding, damaging his house, he also landed himself in the hospital. Now authorities are hoping this will serve as a reminder about what not to do when starting a fire.

Teen sets self on fire with gasoline in Pontiac

A Pontiac teen accidentally set himself on fire

"It is not uncommon that people think gasoline is the answer to lighting a fire," said Waterford Regional Fire Chief Matt Covey. “It is really just a bad choice."

And unfortunately a teenage boy learned that lesson the hard way. His driveway on Robinwood Street in Pontiac doubled as the school of hard knocks Thursday night.

The Waterford Regional Fire Department says the young man tried to light cardboard on fire but had a tough go of it -- and then used gasoline to get it going. Bad move.

"Those vapors expand so fast off that gasoline at all temperatures even the cool temperatures like tonight or even a hot night in summer - and those gasoline vapors are heavier than air, so they come all around you," Covey said. "You don't even know that they're there. And you go to light that fire and all of a sudden  you're inside the fire and don't even realize it."

The boy's clothes caught fire. He panicked and kicked over a gasoline can causing the flames to spread to the house.

FOX 2: "You thought you heard a gunshot?"

"That's what we thought it was but come to find out it was the little boy trying to catch his house on fire," said Ashley Marotz, a neighbor.

The boy was rushed to a hospital with his legs badly burned.

"Severe burns are just a horrible thing to go through they're very painful," Covey said. "You end up at a burn center where they are going to have to scrub your legs, and try to get those tissues to heal and possibly skin grafts."

Covey says unfortunate incidents like this happen more often than you’d think because some people think it's okay to use gas to start fires.

"If you're going to light a fire do it in a safe place away from your home," he said. "In a good, safe area like a fire pit. Do not use gasoline to start a fire. Use newspaper, some dry kindling. Something to get the fire going. Sometimes if it is too wet and you can't get the fire going, gasoline is not the answer."

The boy's grandfather reportedly told investigators the young man has anger issues which he manages by setting things on fire. This time they nearly lost their house.

The young man is recovering at Detroit Children's Hospital of Michigan. 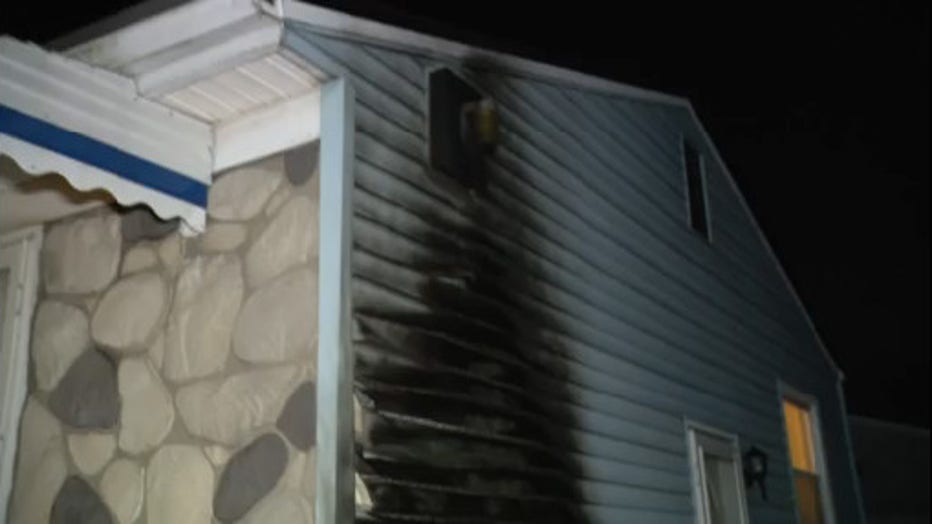