FOX 2 - This is Justin, he's been having some problems with the police lately. Justin wants to get new tags but can't.

"I can't tell you how many times I've gotten pulled over for expired tags," he said.

Rob had so many victims who were outraged at Breakthrough Towing he didn't even air Alan and Justin's interviews in early 2019 when he talked to them.. But since they're having problems now getting their registrations, here they are.

"He has to repeat his story, every single time to every officer who pulled him over," said Sal, a friend of Justin.

And Allen? He has the same problem.

"I went to the self-scan kiosk to get my registration and it kept coming up error," he said.

Allen and Justin have one bad thing in common. They each got towed by breakthrough towing more than a year and a half ago.

You remember Breakthrough Towing, they're the guys who were towing car after car in mid-town Detroit. Rob Wolchek did a bunch of stories on them from the fall of 2018 until the spring of 2019.

It appeared Breakthrough was using spotters to watch lots of stores and restaurants. The Breakthrough tow truck drivers were parked right around the corner and the minute you left the lot on foot. We caught the spotters on the phone and a minute later your car was getting hooked.

Then it got even worse. Wolchek spoke to several people who caught the drivers pulling their cars up onto the truck. They told him time after time, the tow drivers wouldn't release the vehicles - even though state law says they have to.

Then, after your car gets towed you have to get a ride to the Breakthrough Towing office on Lafayette street and shell out  $450 in cash to get your car back. 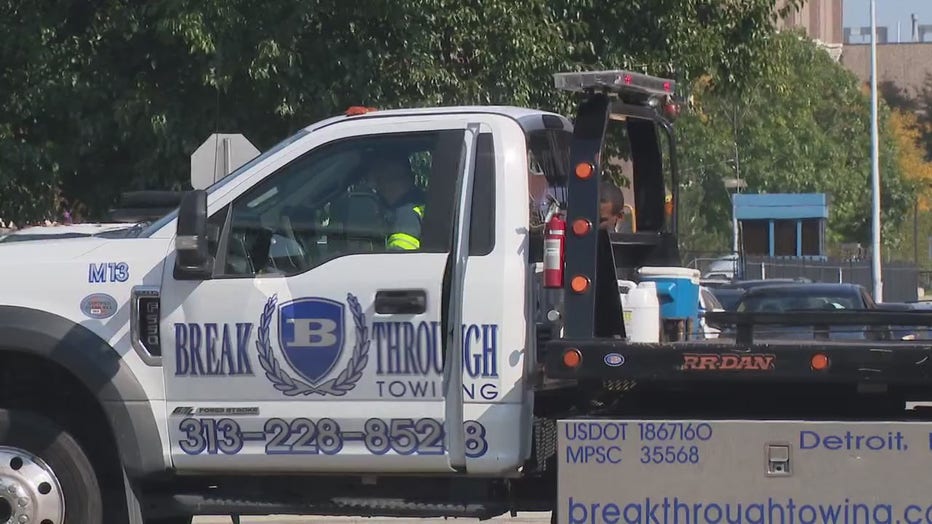 Wolchek did stories on Cherry, an  87-year-old lady who's car got towed from the McDonald's lot even though she says she was inside McDonald's drinking coffee. She even had the receipt for the coffee.

The same thing happened to Haley, a Wayne State student, who said she was inside McDonald's, yet still got towed.  Yeah, they had a sign that said you had to eat your 'McGrub' in a half-hour or less or get towed. And Breakthrough enforced it to the minute.

Wolchek did a story about a Canadian woman and her daughter who met up at McDonald's, got drinks, and got towed. Two cars towed and $900 to get them back. They sued Breakthrough and got judgments - but still haven't collected a dime from the company.

Rob had so many victims who were outraged at Breakthrough Towing he didn't even air Allen and Justin's interviews in early 2019 when he talked to them. But since they're having problems now getting their registrations, here they are.

Justin and his friend Sal got towed off a mid-town street while they were in a bar. They caught the driver hooking them but he wouldn't let Justin's car down until he coughed up some cash. And he was coughing, the guy has asthma and didn't have his coat. 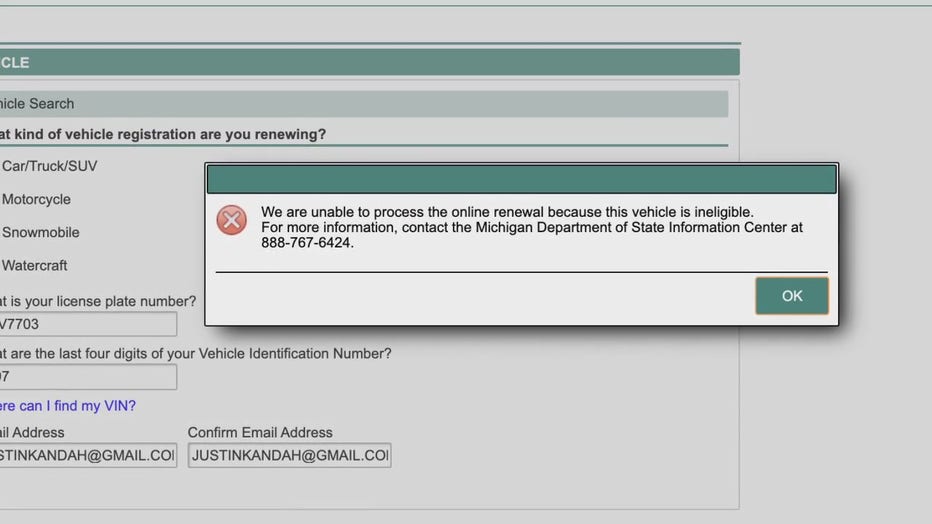 Then there's Allen. He's a television director who works part-time at FOX 2 but he also directs the Red Wings games at Little Caesar's Arena. After a game, he stopped at Hop Cat to get a take out meal and found a Breakthrough guy towing his car.

"At some point, he starts hassling me like 'Listen, man, you guys like to come here and have a good old time and take advantage of the city and think you can park anywhere you want.'  I'm like don't give me that, I work down here I'm just trying to get a carryout," Allen said in 2019.

Eventually, both Allen and Justin got their cars back after paying $450 each in cash at the Breakthrough office. Bad experiences they hoped to forget, but Breakthrough continues to haunt them.

"It came time to renew my tags and couldn't get them renewed," Justin said. "The Secretary of State was telling me my car was locked in abandoned status."

Allen went to the Secretary of State office to find out why he couldn't register his vehicle.

"When I got up to the counter the person told me there was a lien still on my vehicle," he said. "She said have you been towed? At some point I said yeah, a long time ago, she said it looks like it's in the system as your car is impounded."

According to the Secretary of State, Breakthrough had reported their cars impounded when they hooked them but never reported that the owners had picked up the cars, which means the cars were in limbo status. And no one was answering the phone at Breakthrough Towing to help them.

So Wolchek went down to see what was up, and what do you know?  They're gone.  Their tow lot has weeds 6 feet high. Their headquarters on Lafayette shuttered.

The old Breakthrough office looks different. There used to be a bunch of tow trucks lined up on the side and here, lined up at the building were usually some sad customers, waiting to get inside and pay their $450 in cash to get their cars back." 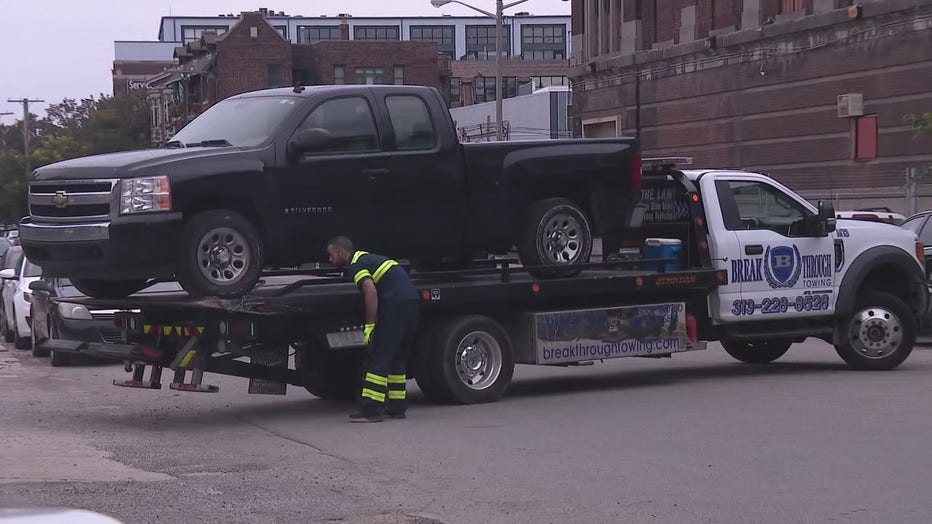 Allen managed to get his registration eventually but Justin still couldn't. Until he called us.

"You guys were able to contact the Secretary of State, 20 minutes later my car was finally unlocked and I was finally, finally able to renew my tags," Justin said.

So what does Mike Dickerson, the owner of Breakthrough Towing have to say? Wolchek still has his personal number.

Wolchek: "I'm wondering if you're still running your towing business. Are you?" 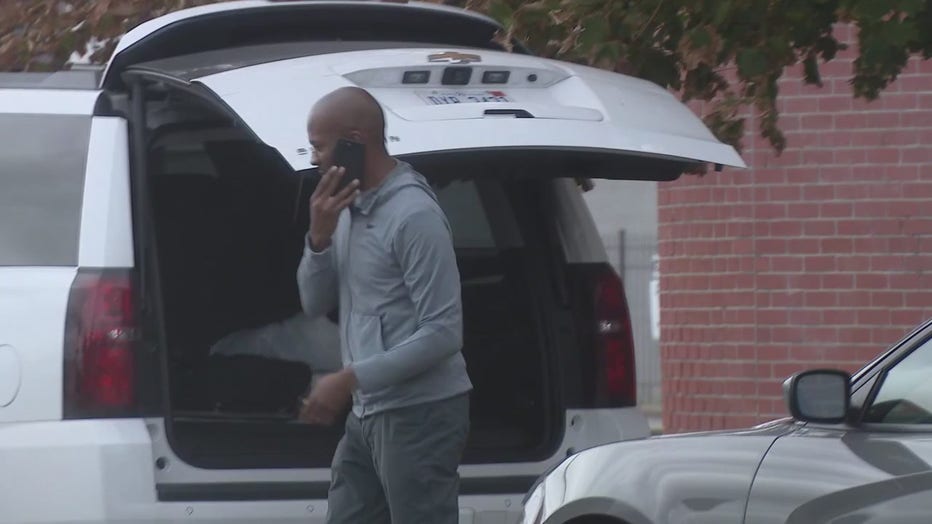 Dickerson: "Why? Why do you want to know that?"

Still good old, friendly Mike.  Wolchek explained what happened to some of his tow customers with their registrations and told him he is doing another story. Dickerson gets angry.

MORE: The Magic's over with Breakthrough lawsuit on Midtown Detroit tow company

Wolchek called and emailed Dickerson's attorney. So far, he has not responded.