AUBURN HILLS, Mich. (FOX 2) - The night before Mariah Harrison lost the love of her life, Dewayne, she said they got into an argument. She left, came home, and the two made up. Then hours later, he was gone.

The mother of two is fighting for words and for the life of herself her two young children with autism, and the unborn baby she's carrying after her husband was killed by a drunk driver.

Father killed by drunk driver, leaves pregnant wife and 2 kids with autism behind

For more than ten year, Mariah and Dewayne Harrison were virtually insperable. But his life was taken from the young family last week by a suspected drunk driver.

"When I opened the door and they asked to come in, it was kind of like those movies where you knew something was really bad," Mariah said

Dewayne had been killed when a suspected drunk driver smashed into him. She had to find a way to explain it to her children: 4-year-old Cayden and 2-year-old Maleah.

"Yesterday was the first day I told them their daddy was in heaven," Mariah said. "Both of them have autism and I think it almost makes it a little easier because they don’t understand, on top of the fact they are so young."

Dewayne is leaving behind another child and Mariah, 4-months pregnant, is expected to find out the gender next week.

"He would get down on their level - that’s what people would say. When he would play with them he just suddenly became a 4-year-old," she said.

Last Saturday, Dewayne was pulling out of the Sunoco off Auburn Road near I-75 in Auburn Hills when a 55-year-old man, believed to be drunk, hit him. Dewayne was ejected and died instantly.

For Mariah, she looked back at one of their last interactions - that fight.

"We had gotten into a stupid argument the night before and I left," she said. "I just laid there for a little while. Then I turned over to face the other way. When I turned, he turned over and he rubbed my back until I fell asleep."

The two were together for a decade and now she's looking back at their time together - a decade of memories. 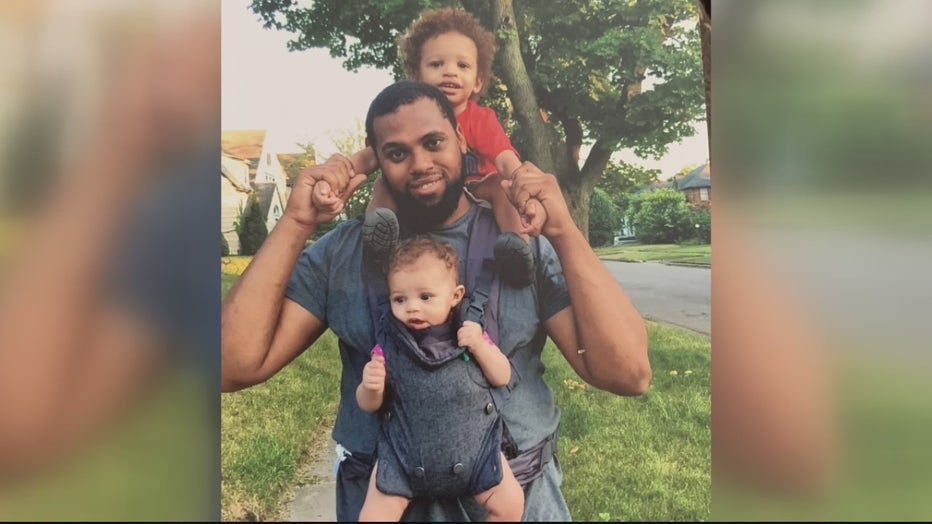 "In the 10-plus years together I don’t think that we were apart more than 2 weeks apart we were together every day," Mariah said.

The couple and kids both recently had COVID-19, putting the family behind on bills. Friends have set up a GoFundMe page to help Mariah and her children. So far, more than $14,000 has been raised.