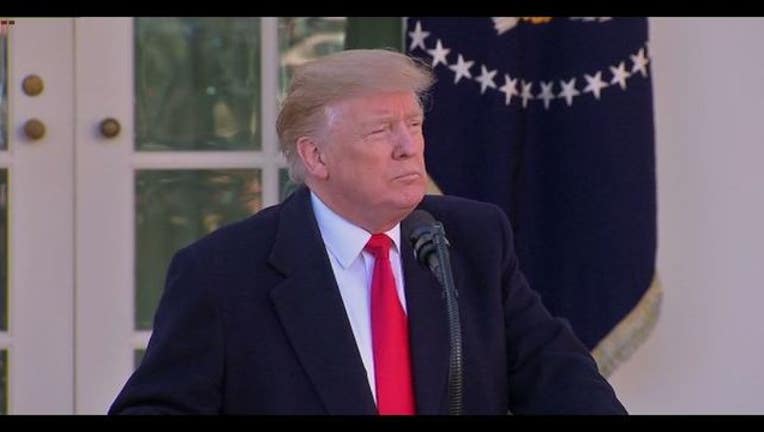 President Donald Trump has signed a bill that temporarily opens the federal government for three weeks, ending the longest shutdown in U.S. history at 35 days.

The White House says Trump signed the measure after the Senate and House each passed it Friday.

Trump backed down from his demand that Congress provide more border wall money before federal agencies get back to work. But he warns that the government could shut down again "if we don't get a fair deal from Congress."

He is also holding out the possibility of taking executive action.

The agreement to open the government came as about 800,000 federal employees missed their second consecutive paycheck.

As part of the deal, a bipartisan committee of House and Senate lawmakers is being formed to review border security recommendations.

President Donald Trump is pushing back against criticism of his agreement to reopen the federal government without winning a promise of new funding for a border wall.

With even some conservatives casting the agreement as a retreat by the president, Trump is tweeting that it "was in no way a concession" on his part.

Trump says the deal will take care of millions of people who were getting badly hurt by the shutdown.

And he's emphasizing that it was only done "with the understanding that in 21 days, if no deal is done, it's off to the races!"

The shutdown was ending as Democratic leaders had insisted it must -- reopen the government first, then talk border security.

As part of the deal, a bipartisan committee of lawmakers will consider additional border spending in the weeks ahead.