DETROIT (FOX 2) - The stories are too numerous to count - people not being able to afford their prescription drugs in the U.S.

"My mother had to choose between her insulin or her food - and she has many illnesses," said Roquesha O'Neal.

A group led by the Center for Popular Democracy got in a bus caravan and say they traveled eight hours, crossed four state lines and then went into Canada to buy cheaper drugs.

"If I could swim - if I could get over to Canada … I would be able to get medication at an extremely affordable price."

"We put products before people," said U.S. Rep. Rashida Tlaib. “That is exactly what is happening in our country right now."

Lawmakers are working on a bill that they believe could lower the cost of prescription drugs in America, but is it politically viable?

"I've seen things passed through Congress at 80 miles per hour," Tlaib said. "They can move things if there's political courage and political will to do it."

"When someone gets sick they don't have Democratic diabetes or Republican diabetes, they need insulin," said U.S. Rep. Debbie Dingell. "And there is too many people cutting their medicine in half choosing between medicine and eating."

The caravan made stops in four American cities including Detroit. The rally in Hart Plaza was a moment to galvanize support.

"It's the one thing that unites us," said Walker. "No matter what your party is, or your socio-economic status, no matter if you have insurance or not, you are paying way too much for affordable live-saving medications."

Under the proposed HR 3, the Health and Human Services Department could directly negotiate some of the prices for very expensive prescription drugs. That bill is currently in committee. 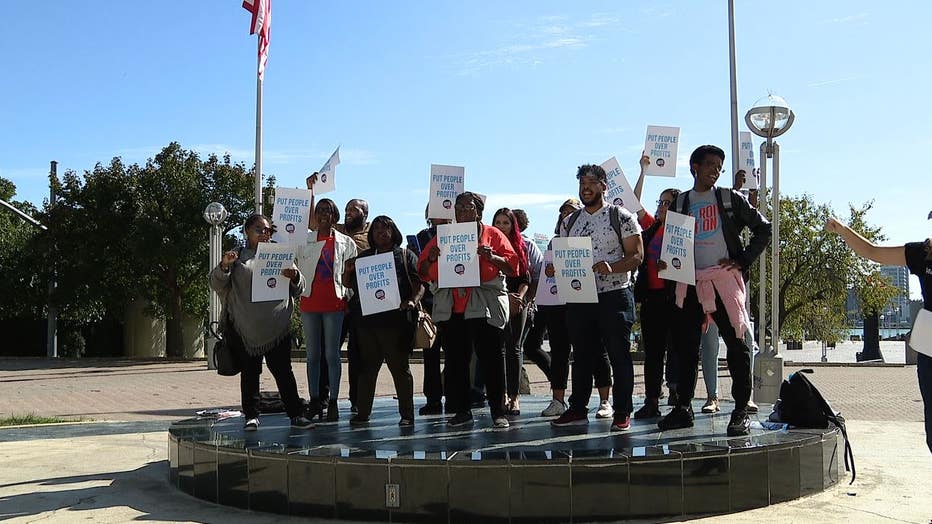