DETROIT (FOX 2) - In Detroit protests have been breaking into two groups. One that has abided by the 8 p.m. curfew and the second one which has chosen not to.

On Thursday the two sides came together in a show of unity with one march and one message - decrying racism and police brutality began and ended in front of the Detroit Public Safety Headquarters. There was no violence and no arrests during the peaceful protest.

The group came up with a list of 23 demands Thursday for police and criminal justice reform.

The group came up with a list of 23 demands Thursday for police and criminal justice reform.

Among them, requiring officers to intervene if a fellow officer is engaged in excessive force, more punitive charges for officers accused of wrongdoing and bringing back the residency requirement for Detroit officers - so if you work here you have to live here.

"So this list was collectively made up by the group earlier," said activist Nakia Wallace. "This is the list of demands we plan to take to Police Chief Craig and Mayor Duggan."

Hundreds marched through the city protesting the killing of George Floyd in Minneapolis and the many African-Americans who died at the hands of police. Detroit police allowed protesters to march past the 8 p.m. deadline.

Among them were Debbie Williams and her granddaughter Laylah. 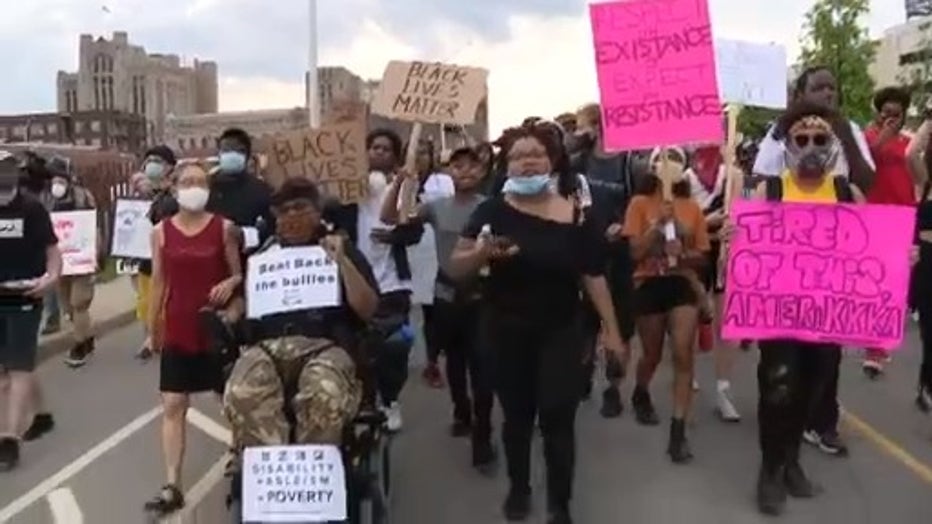 The Detroit Pistons were also on hand marching alongside protesters.

A journalist asked Coach Dwayne Casey what systematic changes we should see.

"Well it starts with policy and that's not easy," Casey said. "How we legislate."

Hundreds marched through the city Thursday protesting the killing of George Floyd in Minneapolis and the many African-Americans who died at the hands of police.

"For one that's amazing, but I'm going to say what pretty much everybody will be thinking - it should have been done a long time ago," said one protester.  "So it's nice to hear, but the victory is not won." 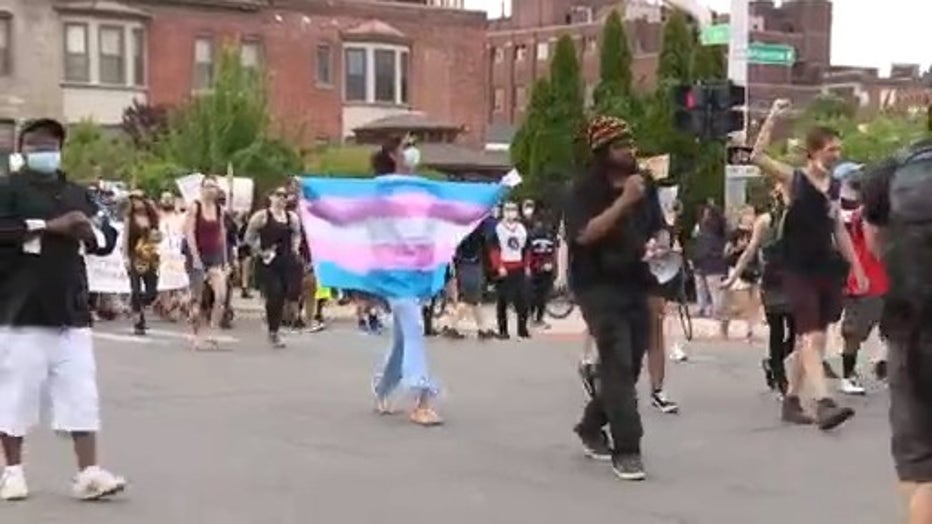