At approximately 11 p.m. in the 9100 Block of Dexter, four men in the Eagles Coney Island on the city's west side were shot. Three of them sustained fatal injuries while a fourth was last reported to be in critical condition.

An employee said they didn't hear any argument or fighting that led up to the shooting. All they heard were gunshots. 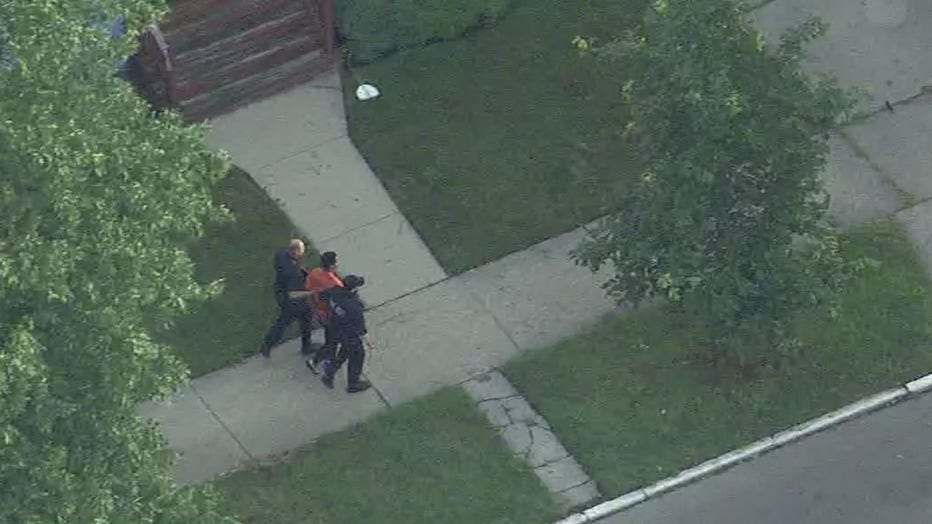 Detroit Police arrested a suspect in connection with the shooting at an alley on Tennyson near Oakland Parkway.

During an afternoon press conference, Police Chief James Craig said a 25-year-old man with an extensive criminal history was arrested for the shooting.

He said it appeared the suspect had a brief conversation with one of the victims before pulling a gun but didn't appear to be agitated.

"We just don't know why, another senseless shooting," Craig said.

He didn't release the suspect's name but said he did time for robbery and that he was currently parole.

Video shows the man trying to flee as police catch up to him and take him into custody.

The restaurant, located near Joy Road, will remain closed for the day.

A violent ending to the weekend involved a quadruple shooting in a Detroit coney island where three men have died. Detroit Police's homicide unit is currently investigating the scene.