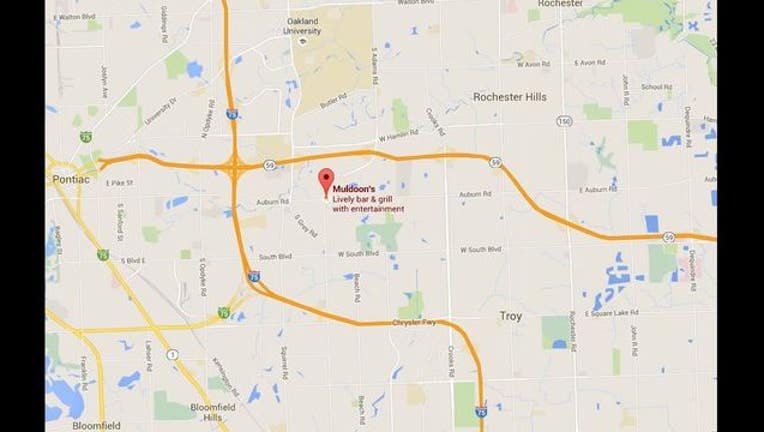 Made with Google Maps

ROCHESTER HILLS, Mich. (WJBK) - Firefighters are responding to a railing collapse at a Rochester Hills bar which has injured customers.

The interior railing collapsed at Muldoon's Tavern at 3982 Auburn Road collapsed Tuesday night. It is unclear what caused the incident.

The Oakland County Sheriff's Office said it is not a structural issue and that about three to five patrons were injured. No one was seriously injured but head lacerations were reported.

"It was not a roof collapse, not a structural problem," said spokesperson from the Oakland County Sheriff Office.

A building inspector is expected to arrive tonight to investigate.