DETROIT (FOX 2) - Throughout the COVID-19 pandemic, more Detroiters have grown worried about the possibility of being evicted if they can't pay their rent. On Friday they gathered to demand help to keep them protected.

"There was 3,500 people who were facing evictions prior to March that were in the pipeline," said Khalifa McZeal with the Detroit Eviction Defense.

Throughout the COVID-19 pandemic, more Detroiters have grown worried about the possibility of being evicted if they can't pay their rent. On Friday they gathered to demand help to keep them protected.

That number is now more than 10,000 according to Detroit Eviction Defense. They rallied outside Detroit's 36th District Court on Friday to demand the court stop eviction proceedings and cancel rent during the pandemic.

"Judge McConico did a historic event at the time when the governor dropped the eviction defense for the state, he extended it for three more months," McZeal said.

The Mayor's office says unfortunately it has no part in deciding eviction cases or the court's docket. Duggan has been beefing up the city's eviction prevention program with $12 million to be used for attorney fees, rent, and arrangements with landlords.

"With the failure of the federal government to effectively do anything to stop the evictions, we are very concerned about the housing security," Duggan has said.

"When you look at the amount of people in the pipeline there's not enough staff at the nonprofit agency that has been delegated to handle the whole of Wayne County," McZeal said.

The group is trying to get the word out to those struggling that the Centers for Disease Control and Prevention issued an order to temporarily stop evictions to prevent further spread of the virus.

"The best option that some people may have is this CDC moratorium and trying to get the things extended so that more people can get it," said Pat Driscoll.

According to the CDC,  the order remains in effect through the end of the year, these folks say it will only be effective if tenants know about it. 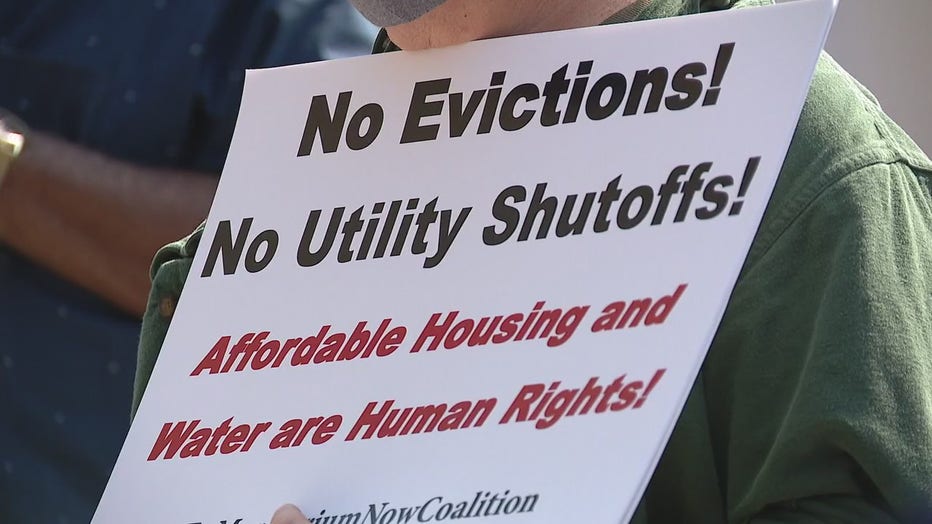 "We have to be able to do something today," McZeal said.

Detroit residents in need of assistance can go to the program's website or call (866) 313-2520 to start the process of applying for help.