(FOX 2) - One of the most sought-after collectibles in the world sold at an auction Wednesday afternoon.

An iconic 1918 Inverted Jenny postage stamp owned by a metro Detroit attorney for more than 40 years sold for $215,000.

A metro Detroit attorney who's owned a rare Inverted Jenny stamp since 1977 auctioned it off on Wednesday.

It's called the Inverted Jenny because of the upside-down JN-4 airplane depicted on it. Only 100 were printed before the error was corrected, and only 94 are known to have survived.

"That was a big number," Ronald Bassey said. The Robert A. Siegel Auction Galleries website says the cost was so high - a first-class mail stamp at the time was only 3 cents - because the United States Post Office was experimenting with carrying mail by air.

The story goes, one lucky man heard of the mistakenly-printed stamp and came across the whole sheet at the post office an was able to make the purchase. Bassey says that man then sold the sheet to someone for thousands of dollars, and the collector item kept growing from there.

Eventually, the stamps got separated.

Bassey says the highest price an Inverted Jenny has ever gone for was more than $1.5 million. Bassey says that stamp was perfectly centered, while his stamp is slightly askew. 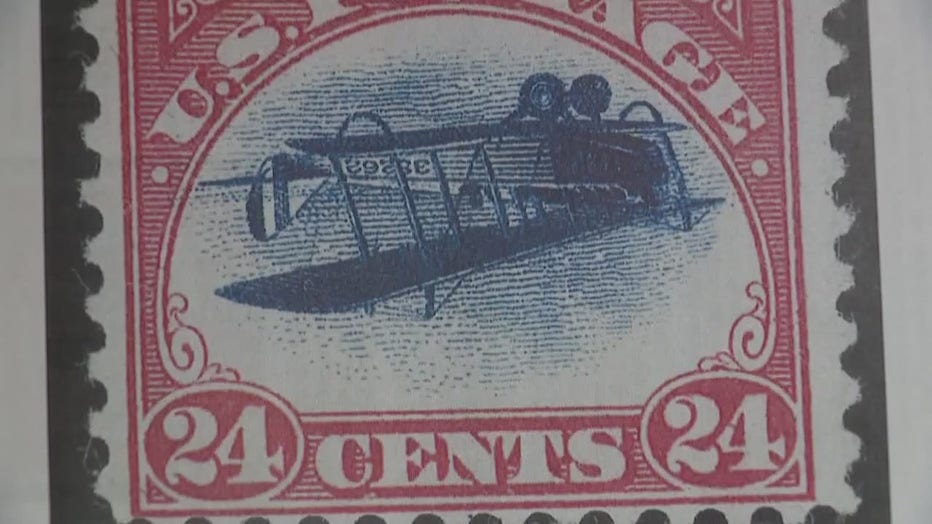 You can watch in the video player above as Ronald learned what his stamp sold for at the auction - $215,000.

While Ronald definitely still made a profit, he believes the stamp should've gone for around $230,000 based on other comparable conditions. But he says he doesn't regret selling it.

He says he plans on investing the money, though, not in any other stamps.

And by the way - if the plane were the right side up? Ronald says the stamp would be worth about $20.