The rash of fights at the east side high school Tuesday struck a nerve with community activists New Era Detroit.

DETROIT (FOX 2) -
An alarming series of fights were reported inside  East English Village Preparatory Academy after a food fight escalated.

Detroit Public Schools Community District is bringing in more security and counselors to the school this week in light of what happened.

The school district says no one was severely injured. Video taken during the altercations today was said to be a few weeks in the making. One group says it’s something that could have been prevented and there is hope that efforts being made will keep it from happening again.

The rash of fights at the east side high school struck a nerve with community activists New Era Detroit.

Isiah Williams, better known as Zeek, heads up the non-profit community organizing group and says the situation at the high school. is exactly the reason why they recently launched their Conflict Resolution Task Force.

New Era has stepped up the patrols of the areas around high schools in the city during the hours kids are going to and leaving from school.

"We've been out in the community, we've been in these schools," Zeek said. "These kids (and their) parents are familiar with us, so they are more likely to build relationships with us - and listen to us." 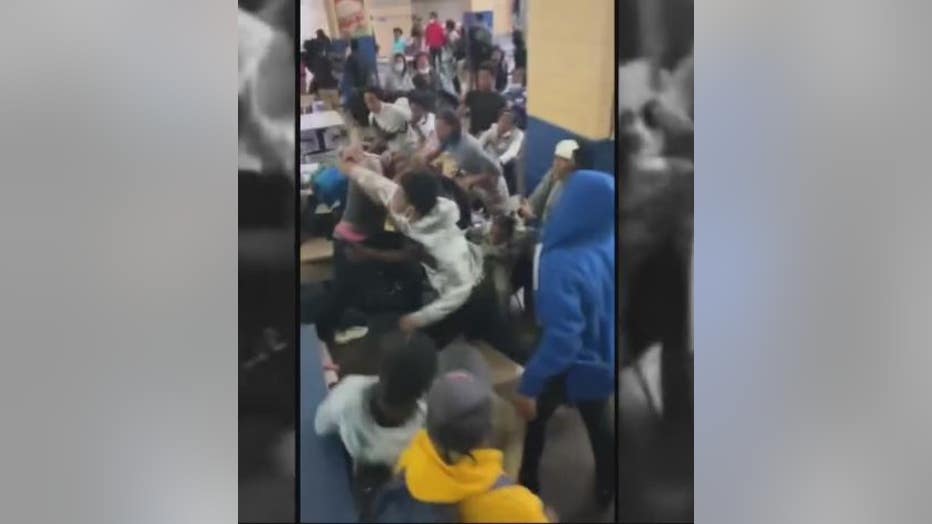 The goal is to build a rapport with students to identify and squash beefs before they blow up into scenes like this.

"For us it’s important to tackle these things exactly where they start," Zeek said. "We have to get more ears in these rooms and in these schools to hear about the gang activity and stuff that’s going on, to build relationships with kids - so they understand at the end of the day, you’re a kid. You've got a lot of life to live. Is what you’re doing right now worth the next 10 years of your life being taken away from you? Twenty years of your life being stripped from you? And having honest conversations."

Detroit police were called in to help DPSCD officers get a handle on the situation. The district says a police investigation determined the fights could be gang-related and more fights could follow.

That prompted administrators to end the school day early.

"There should be programs like ours set in place in schools to resolve a lot of these conflicts before they happen," Zeek said. "Build relationships on the ground so that we don’t get to the point where we have a bunch of police officers running and tackling kids inside a school."

Even so, New Era Detroit says filling all those vacant positions may not be enough to deal with the underlying issues that lead to violence and oftentimes encounters with police. 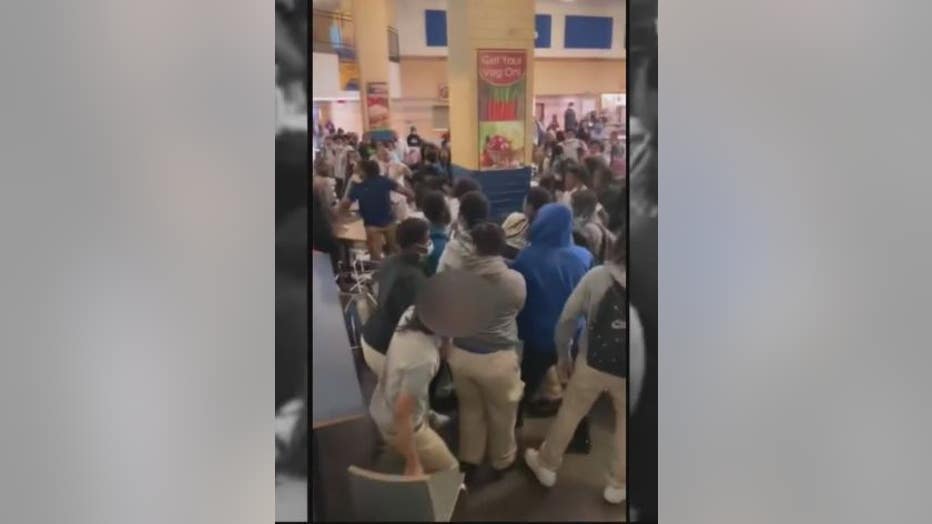 "We've really gotta be proactive with the things we’re doing out here in our community and the way that we treat our kids," Zeek said. "(We have to) understand these are kids - these are children at the end of the day. They may be big, they may have beards, but they’re kids and we've always got to understand that, and we have to treat these situations as so."

The school will have a family and student meeting this week to talk about what happened and how they can work together to create a better learning environment.

If you want to help out with New Era Detroit’s Conflict Resolution Taskforce, EMAIL: Volunteer@neweraworld.work