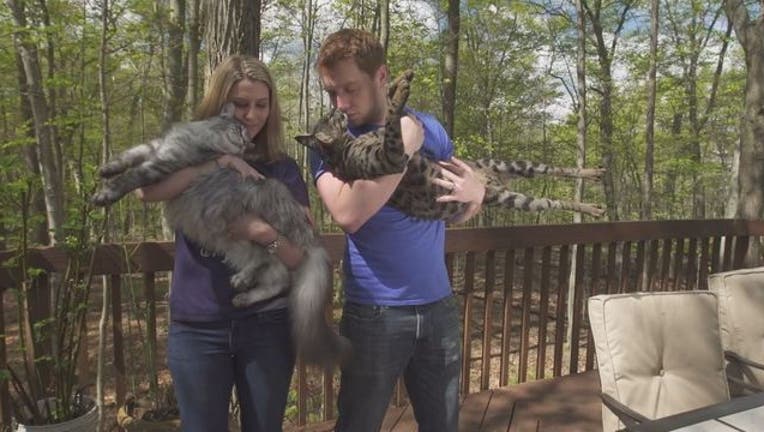 Will Powers says in a statement that the remains of Arcturus and Cygnus were found Wednesday in the basement of their Farmington Hills home. Powers says he searched for them during fire but that emergency personnel forced him to vacate. The cats apparently succumbed to smoke inhalation.

Two other cats that disappeared in the Nov. 12 fire remain missing.