After spending nearly 1,200 days in Russian prison, it appears any hopes of a breakthrough in Paul Whelan's case will have to be tabled following a breakdown in international relations last week. Vladimir Putin's ordered invasion of Ukraine has pushed tensions with the former soviet republic up to their highest point level the end of the Cold War.

NOVI, Mich. - Paul Whelan has already spent almost 1,200 days in Russian prison on espionage charges that his family argues have no ground in reality.

Any hopes that a resolution to the Novi man's imprisonment would arrive soon evaporated last week after Russia formally announced an invasion of their European neighbor Ukraine, Whelan's brother said.

The family had been waiting on a decision from a lawsuit that motioned for Paul to serve the remainder of his 16-year prison sentence in the U.S.

But "as far as we know, it hasn't," said David Whelan.

Paul was arrested in December 2018 during a visit to Moscow for a wedding. He was taken into custody Dec. 28 after Russian police say he was carrying a hard drive that held classified information.

Paul said it was just a drive of personal photos. The former marine has maintained his innocence since his arrest.

MORE: Family of Novi man held in Russia accused of spying says his health is declining at prison camp 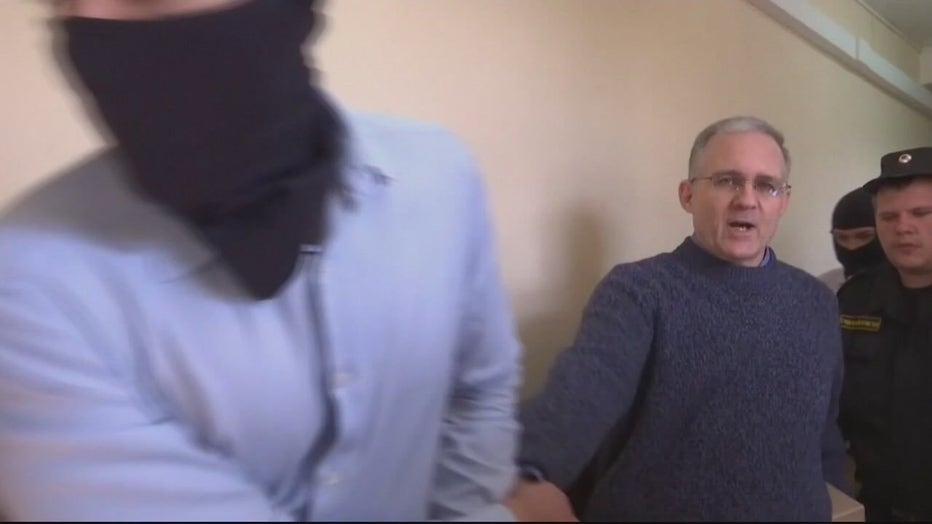 Whatever status of his return prior to last week, Russia and the U.S.'s priorities are now firmly on the invasion of Ukraine, where hundreds of civilians have died and mentions of nuclear war are growing.