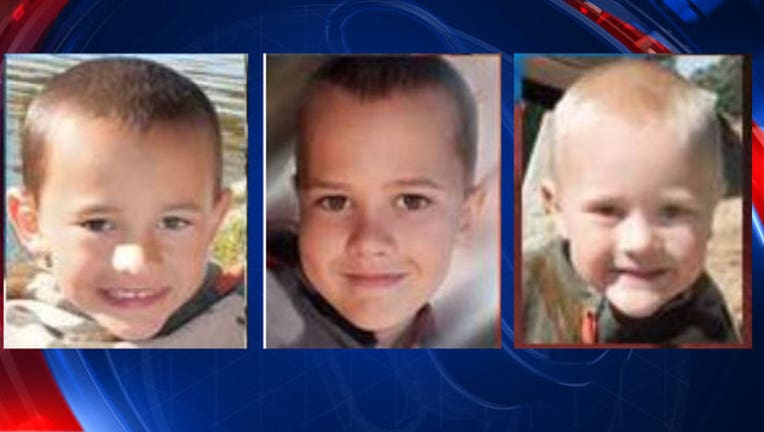 DETROIT (WJBK) - Forensic evidence shows that human remains found in a Montana shed do not belong to the missing Skelton brothers.

FOX 2 spoke with law enforcement in Missoula, Montana, who confirmed that the bones found in the shed are not a match for the three Skelton brothers, Andrew, Alexander and Tanner.

The boys were 9, 7 and 5 when they were last seen at their father's southern Michigan home in November 2010. The Montana remains were found in September in Missoula. An anthropologist estimated the children's ages to be 2-4 years old, 5-8 years old and 6-10 years old.

The remains were found in the shed and then sent to a lab for comparison to the Skelton brothers.

The Skelton brothers - Andrew, Alexander, and Tanner - were reported missing from Morenci in Lenawee County the day after Thanksgiving in 2010.

At the time the boys went missing they were in the care of their father, John Skelton. He pleaded no contest to three counts of unlawful imprisonment in September 2011, after he claimed he gave the boys to unknown individuals. Skelton is currently serving a 10-15 year prison sentence.

In the years since, the boys' disappearance has been vigorously investigated by the Morenci Police Department, FBI and Michigan State Police (MSP). Significant assistance has also been provided by the National Center for Missing and Exploited Children. In 2013, the MSP became the lead investigating agency.

Investigators continue to be vigilant in following any leads on this case and ask people spending time in the woods to be their extra "eyes and ears" as they walk the areas of lower Michigan and northern Ohio. If anything suspicious is located, please contact the MSP immediately.