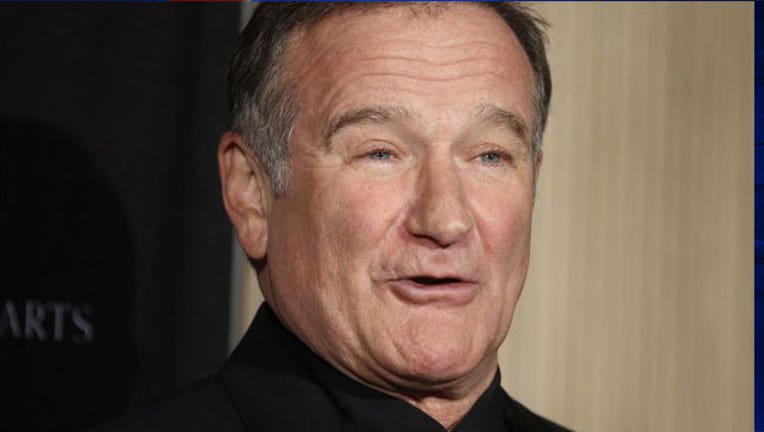 TIBURON, Calif. - It's been one year since Robin Williams died, and he's being remembered by friends and fans.

Williams's name is being remembered in the California bay area. The state Legislature passed a resolution to rename the iconic rainbow-decorated Waldo Tunnel on U.S. Highway 101 in Marin County as the Robin Williams Tunnel. Also, the San Francisco Giants included Williams' children in an emotional salute to the actor before the start of game five of the World Series. He was also honored with a special Emmy salute by his close friend Billy Crystal.

Actress Sarah Michelle Gellar posted a photo of a bench that Williams sat on in the movie "Good Will Hunting," along with a Ralph Waldo Emerson quote about success.

Williams died at his Tiburon home on August 11th, 2014. The coroner ruled his death a suicide that resulted from asphyxia caused by hanging.

Susan Williams has said the actor and comedian was struggling with depression, anxiety and a recent diagnosis of Parkinson's disease.

Williams had publicly acknowledged periodic struggles with substance abuse, and he had entered a substance abuse program shortly before his death. According to the coroner's report, his wife told an investigator that Williams did not go there because of recent drug or alcohol abuse, but rather to reaffirm the principles of his rehabilitation.