The freshman Democrat, who represents a swing seat, announced her decision Monday in an op-ed in the Detroit Free Press and at a town hall at Oakland University.

Slotkin explains why she is voting for impeachment of Trump

"I will be voting yes on obstruction of Congress," Slotkin said.

A group of President Trump supports gathered at the university Monday morning to protest Slotkin's position and shouted at her during her speech.

"I don't think anyone loves when they can't be heard but that's why we powered through," she said. "Because the majority of that room was sitting there listening even if they didn't agree with me."

"It's all a sham. It's all fake. I believe that we the people of Michigan and America are smart enough to see the difference, and that's why some of the Democrats are bailing ship," protester Rob Cortis told us.

Slotkin, a former national security official, says Trump used the power of the presidency for his own advantage.

"He was asking for things for personal and political gain," she said. "That is different and that I believe is, abusing his powers."

The House will vote Wednesday on the impeachment articles approved last week by the House Judiciary panel.

Slotkin also took issue with Trump's refusal to cooperate with the investigation.

"Provide witnesses, provide a request for documents when subpoena-ed, and he chose not to," she said. "You don't get to decide which parts of the Constitution you uphold.

"That is why I am voting yes on both articles."

Slotkin's district backed Trump in 2016 but elected her over a Republican incumbent in 2018. 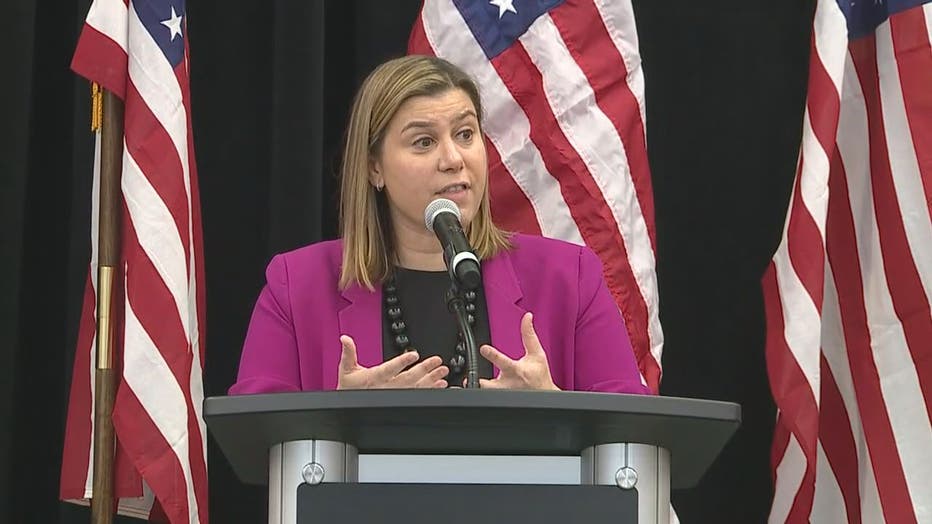