Questions swirled Tuesday night as the GLWA released a statement announcing the shakeup, but alluding that details will be released Wednesday.

FOX 2 - After mounting pressure regarding flooding and infrastructure, news of a resignation from the embattled Great Lakes Water Authority surfaced Tuesday night.

The GLWA's Michelle Zdrodowski responded to a FOX 2 inquiry saying the details of the retirement set to be announced Wednesday.

"On Tuesday evening, July 27, 2021, Great Lakes Water Authority Board Members and team members were notified of a pending leadership retirement at the utility. We cannot offer any additional information until after GLWA's Board of Directors meeting at 2 p.m. on Wednesday, July 28, 2021. A press release will be issued during the meeting."

Word leaked that Sue McCormick was leaving Tuesday night in a Dearborn City Council study session at 7 p.m. Tuesday when president Susan Dabaja mentioned it amid complaints about city flooding. This has not been confirmed. 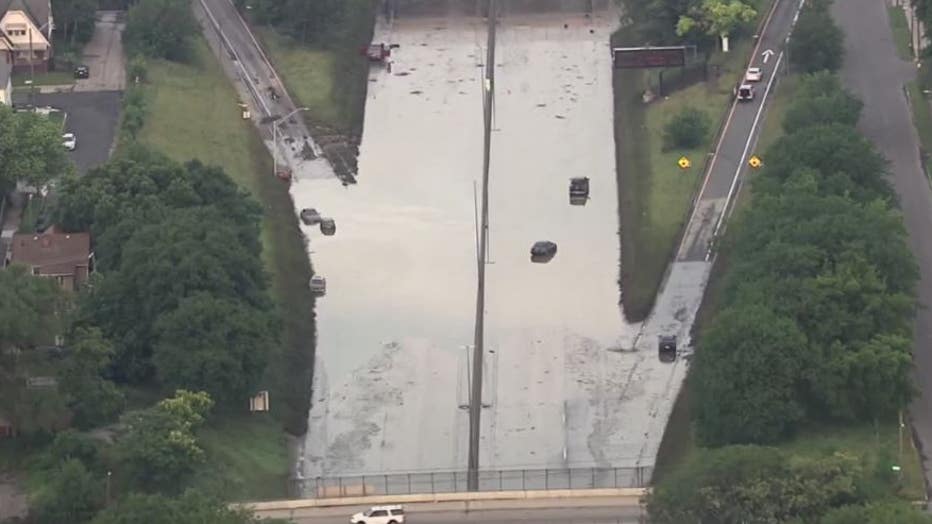 Serious flooding issues have plagued the area including June 25-26 and more recently July 16 where among many communities impacted, the east side of Detroit was repeatedly affected.

A power interruption impacted the Bluehill pumping station which lost partial power on Detroit's east side July 16, while Conner Creek and Freud experienced "challenges" McCormick said in the June 25 flood - although she repeatedly claimed no pumps failed in the weather debacle.

For the June 25 massive rain event, McCormick said some things "did not go as planned"  at some of their pump stations.

"The Freud Pump Station experienced two operational challenges during the rain event," McCormick said. "The first was the electrical trips on starting the third pump. We don't know what caused the trip but we will certainly investigate that.

"The second challenge was the power supply to the station which was interrupted."

That electrical issue did lead to an issue with some pumps, she said.

There were also challenges at Conners Creek.

She said an electrician was assigned to investigate both pump stations.

Then, this month another power problem surfaced during a lesser rain event, that resulted in more flooding.

GLWA had to send a response team to the Bluehill station on Mack Avenue to get the emergency generator on after experiencing an "external power quality issue."