In the Chain Reaction V report, the grades were based on the restaurant chains’ progress on reducing antibiotic use in their beef supplies.

A report released Thursday graded the beef of top U.S. restaurant chains like McDonald’s, Burger King and Starbucks, giving only one an “A” grade and many of them an “F” grade.

In the Chain Reaction V report, the grades were based on the restaurant chains’ progress on reducing antibiotic use in their beef supplies. 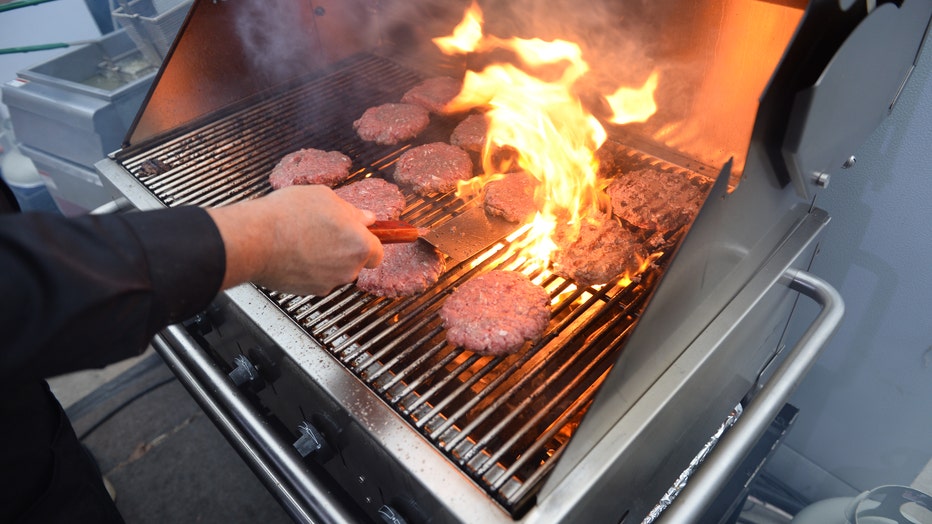 FILE: A view of burgers being prepared at the Blue Moon Burger Bash presented by Pat LaFrieda Meats hosted by Rachael Ray at Pier 97 on October 11, 2019 in New York City. (Photo by Noam Galai/Getty Images for NYCWFF)

McDonald’s and Subway both received a “C” grade.

McDonald’s Corp. said last year that it plans to reduce the use of antibiotics in its global beef supply, Reuters reported.

Taco Bell earned its grade for “committing to reduce medically important antibiotic use by 25 percent in its beef supply chain by 2025,” according to the report.

“The remaining chains received an ‘F’ for not establishing policies to restrict antibiotic use in their beef supply chains,“ the report said.

Antibiotic-resistant bacteria, and the increasingly hard-to-treat infections they cause, are a global health crisis, the Chain Reaction V report said.

The World Health Organization (WHO) and the Centers for Disease Control and Prevention (CDC) consider antibiotic-resistant bacteria a leading threat to global public health, according to the report.

This past year, infectious disease experts estimated that more than 160,000 Americans die each year from antibiotic-resistant infections, which makes them collectively the fourth leading cause of death, the report said.

The overuse of antibiotics in livestock production also significantly contributes to the rise and spread of antibiotic resistance, according to the report.