A release of hexavalent chromium in Wixom has caused health and environment officials to caution residents.

FOX 2 - Health and environmental officials are warning of a hexavalent chromium spill in the Huron River watershed Tuesday afternoon, which originated from a company in Wixom.

Residents in Monroe, Oakland, Livingston, Wayne, and Washtenaw counties are being cautioned following a release of hexavalent chromium to the Wixom Sewage Treatment Facility from Tribar Manufacturing in Wixom. The sewer feeds the Wixom wastewater treatment plant, which discharges to the Huron River system.

According to the release EGLE was notified at 3:21 p.m. Monday by Tribar that it had released several thousand gallons of a liquid containing 5% hexavalent chromium into the sewer system.

The company says it discovered the release Monday but indicated it may have started as early as Saturday morning according to Wixom city officials. It is believed that much of the contaminant already made its way through the treatment plant by the time the release was discovered.

MDHHS and Environment, Great Lakes, and Energy issued the warning.  Hexavalent chromium is a known carcinogen that can cause a number of adverse health effects through ingestion, skin contact or inhalation.

Sampling efforts are underway, and it is anticipated that results will be received in the coming days. This recommendation will be updated as additional information becomes available.

"This recommendation is being made to help protect the health and safety of families who live, work and play in the Huron River in the affected area," said Elizabeth Hertel, MDHHS director. "As we gather additional information through sampling, this recommendation may change or be expanded."

"This is a significant release into a large, much-loved waterway," said Liesl Clark, EGLE director. "Our teams are in the field now assessing the situation. We will stay on the job as long as it takes to ensure residents are safe and impacts to the ecosystem are minimized."

EGLE is taking river water samples from multiple areas downstream from the treatment plant today and is working with local and state health officials to assess the extent of the contamination. Testing is also taking place within the Tribar facility and the Wixom wastewater treatment plant. Monitoring will continue in coming days and weeks.

Officials stressed there is no immediate threat to drinking water. The closest drinking water intake is in Ann Arbor. Time-of-travel modeling indicates it would take the contaminant several weeks or more to make its way to the city’s water intakes. The city has been notified of the release and is also taking steps to monitor incoming water.

Tribar Manufacturing was identified as the source of PFAS contamination to the river system in recent years, installing additional filtration to help address that problem. State regulators will investigate the circumstances of the weekend release at the facility, but stressed that the immediate concern is ensuring the protection of the environment and public health. 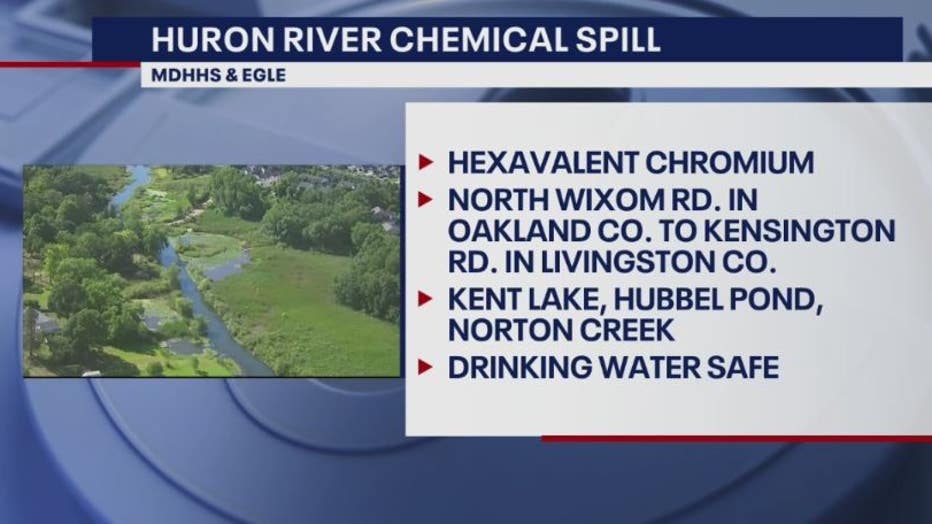