The video was taken at Royal BBQ on Mt. Elliot near I-94. The popular restaurant has been in business for years.

DETROIT (FOX 2) - A video alleging a restaurant cook spitting into a pot of food is making the rounds online, but the owners of the business say that they are being extorted because of it.

The person who recorded it, shared the clip on social media claiming the cook is spitting in the sauce. The video was taken at Royal Barbecue on Mt. Elliott near I-94. The popular restaurant has been in business for years.

"It looks like she's smelling it," said one customer looking at the video. "She didn't spit, no."

FOX 2: "There's not really much of a view from (the seating area of the restaurant) to (the kitchen)."

"Not really, no," said Julie Cekaj, one of the owners.

Julie, one of the owners, says that back in early August, some person just happened to catch the family member cook as she was making the sauce for their smoked baked beans.

"I would never go after anyone's business to try to take them down, to get better business for me," Cekaj said.

And then Julie says they edited the tape to make it look like she's spitting in the sauce.

"We had an investigator - they looked at the video, they slowed it down," she said. "The way breathing and spitting, they said it was a different movement - a different throat movement.  They came out that it was not true."

FOX 2 called the health department. They saw the video on social media - because they aggressively monitor these kinds of things - and immediately conducted an on-site investigation.

Yet they concluded that the video was inconclusive - and no disciplinary action was taken.  But the health department will continue to watch.

FOX 2: "If you have loyal customers, they don't believe that someone would spit in the sauce?"

A lot of loyal customers called us, a lot," she said.

Obviously the power of social media causes some doubt.

"I can release the video and take it down. But I need a fee for that," the person claiming to be behind the Instagram account said over the phone.

Then, Julie received calls from some unknown man saying he can take the video down - but he needs a fee for that. She and the other owner, Nick, recorded one of the calls.

"What's your name?" she asked.

"You don't need my name," the caller said.

"I'm trying to help you out," the caller said. "A hundred and fifty dollars is not bad. I would delete the video, that f-ing video and everything, and I won't even tell the guy."

So FOX 2 called the number - but the person on the line, claimed it wasn't him.

"No, it doesn't look like it to me," said one customer.

"I can say about you coming here 15 years," said another customer. "The food is always excellent."

So the moral of the story beware of what's out there - on social media. 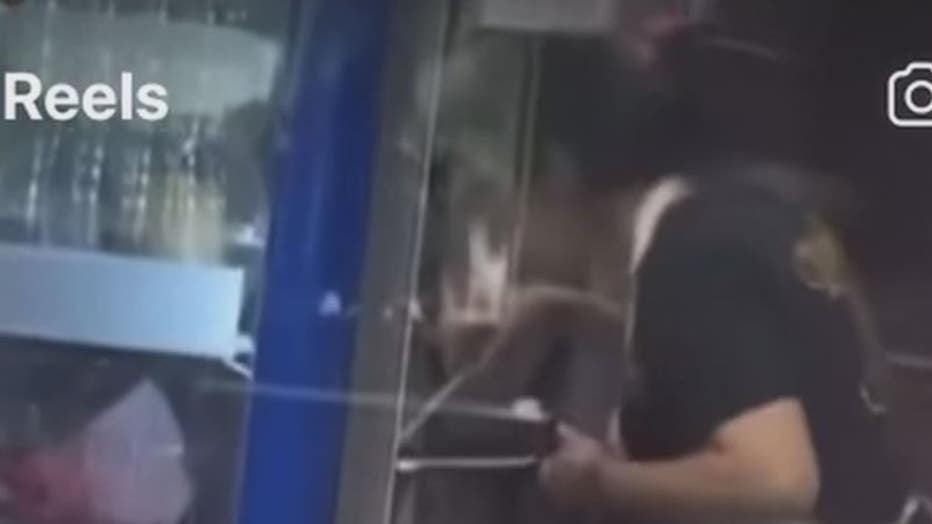 Still frame of the alleged spitting video of a cook at Royal Barbecue.