Heartbreak and agony as a loved one spoke about the final moments of his cousin Laurence Christopher Davis who was killed in a house fire Wednesday morning.

DETROIT (FOX 2) - Heartbreak and agony as a loved one spoke about the final moments of his cousin Laurence Christopher Davis who was killed in a house fire Wednesday morning.

Davis, 68, was on the phone with a friend when he realized his home on East Vernor in Detroit was on fire. The person on the phone could tell he was trying to put the fire out.

"A passerby saw him in the window screaming and asking for help."

Harry Todd says his cousin did not make it out alive

"Because of the bars on the windows upstairs that’s the reason why he perished," Todd said.

Investigators were still at the house Wednesday afternoon searching for answers. They said the investigation is ongoing.

"Detroit Fire Department, Detroit Police Department, the arson squad, they’re doing a hell of a job in trying to figure out what happened and tried to save my cousin," he said.

Not only did this fire claim a precious life, but it also destroyed the family home.

"This was our family home, 3643 East Werner Highway," said Todd said. "Everyone of my family grew up and went to school here all of our memories are right there."

As painful as this tragedy is, Harry Todd says he wants to remember all the wonderful things his cousin accomplished during his 69 years, primarily in the music industry. 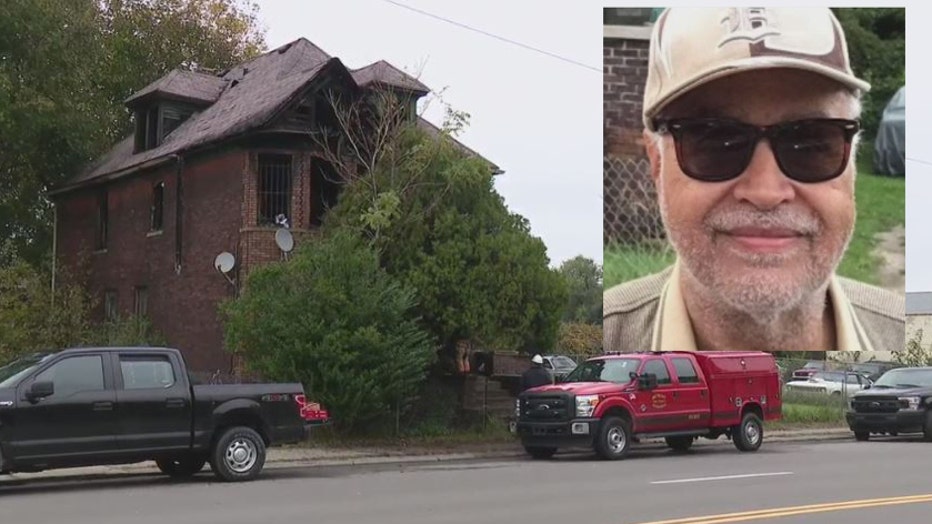 "He really believed in giving local artists breaks," he said. "There’s an artist named Prince, his first song got broken in Detroit through the work of Larry Davis and Charles Johnson a.k.a. Electrifying Mojo."

Todd says he would often cook food for his cousin and bring it to the family home. He hopes this tragedy sends a strong message to anyone who will listen.