FOX 2 - Rory Gamble has been the leader of the United Auto Worker's Union for the past two years but Wednesday he is retiring.

Gamble led the UAW through a massive corruption scandal and the coronavirus pandemic and is leaving behind some big shoes to fill.

Rory Gamble led the UAW through a massive corruption scandal and the coronavirus pandemic and is leaving behind some big shoes to fill.

FOX 2: "Are you satisfied that all of the corrupt people in the Union are gone?"

"I'm satisfied that we have a very clean slate," Gamble said.

When Gamble assumed the UAW presidency in December 2019, he vowed to clean up the corruption in which 15 high-ranking union officials including two presidents, pleaded guilty to embezzling millions of dollars of union money.

"We have to keep on monitoring people to make sure they're doing the right thing," he said.

A federal monitor will oversee the UAW for the next six years unless the UAW can end it earlier.

FOX 2: "Some people say the election of the president of the UAW should be by the rank-and-file. Do you agree with that?"

"I think it's real disingenuous, I think it's an insult for anyone to imply that those delegates are somehow under our control and we tell them what to do," said Gamble. "That's not true."

Regarding electric vehicles, some experts say that could cost between 20 and 30,000 UAW jobs. Yet Gamble says jobs could be made up in battery production.

"We need to invest more in the mining of lithium and cobalt, the basics in battery cell production," he said. "Most of that right now is controlled in China."

And Gamble -still on the job for about 24 hours- said it was the right decision to drop the mask mandate for all fully vaccinated workers. And there may be some more creative safety ideas.

"There's a thing, this band, that tells you your temperature, it goes from green to yellow to red," he said. "That's one of the things we've been discussing." 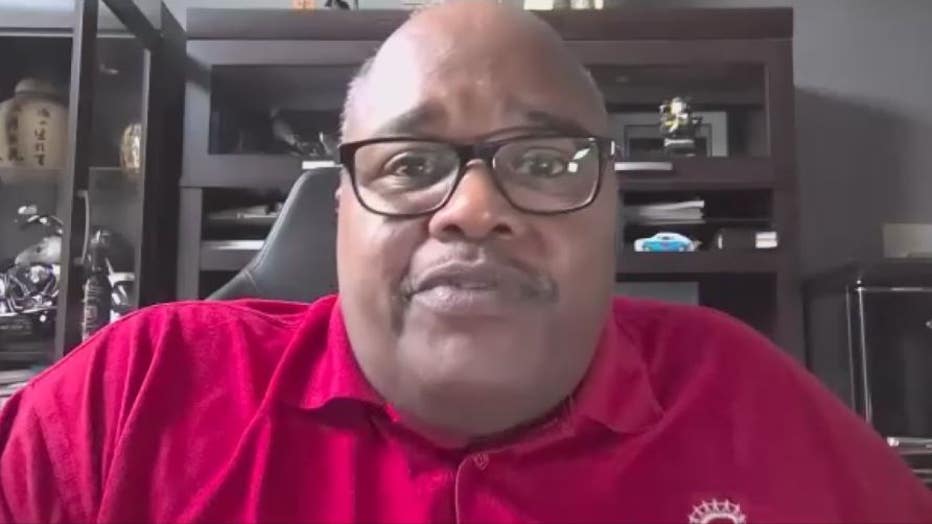 Gamble is set to retire on Wednesday - about a year before his term is up. On Thursday, 55-year-old Ray Curry will become the new president of the UAW.

"I have no qualms about his ability to lead this union," he said.

And as far as life after the UAW, Gamble spoke about what's next.

"I got a couple of offers about doing a book.  A lot of things I'm looking at doing. I've got 33 grandkids, I will always have an opportunity to be busy," he said.