Hundreds of thousands of elderly people experience loneliness everyday. One reverend is trying to change that by teaching people about the Visitation Ministry.

DETROIT (FOX 2) - It's easy to forget about the elderly.

For many with no family to care for them, loneliness has become a pervasive issue among the country's seniors citizens. Whereas some cultures prioritize the care of the elderly, it's not a blanket solution in every country.

"Compared to other countries, they're not honored and held in high esteem," said Doris Haskins. "It's almost as if you've done your work and you're just put aside."

They may have the benefit of shelter and food - but without someone to share precious moments with, much of the meaning in life's other amenities is lost.

That's why a reverend from Fenton is trying to curb the epidemic of loneliness. 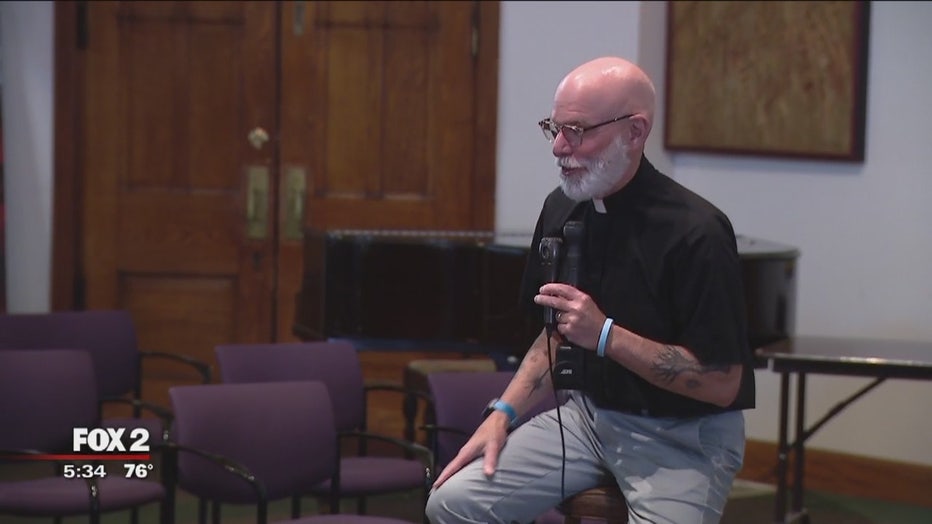 "Any given day, there's about a million and a half people in nursing homes in the United States, and on any given day there may be as many as three-quarter of a million people who have been largely abandoned," said Rev. Mark Fisher, of the Transfiguration Lutheran Church

That's a huge population of people and the demographic that Fisher targeted during his visitation ministry. The man who literally wrote the book on curbing loneliness is now trying to get other people involved. On Thursday, he was at the Ecumenical Theological Seminary in Detroit, teaching other people how to engage the eldery.

"They want to talk to you," said Gary Mercatante. "They want to vent their feelings and whatever is on their mind. There are people that really want to take time and they need something like this."

And Mercatante wasn't the only individual in attendence that felt that way.

"Someone cares about me and they don't even know me," said Gloria Banks. "And so they will be uplifted. And I'm seeing that happen in action."

Fisher said his ideal future would be a world where every nursing home has someone who touches base with its residents, and makes sure they have someone to talk to.

"I'm hoping that nursing homes will see faces like those who were here today, show up," said Dr. Kenneth Harris, a reverend with the seminary. "Speaking to and administering to and praying with and encouraging folk who are living in a nursing home is an experience you will never, ever forget."