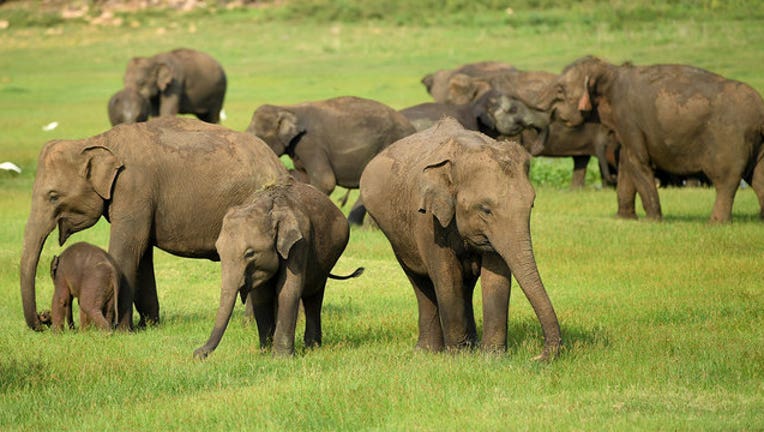 JOHANNESBURG (AP) - South African police and park officials say a suspected rhinoceros poacher was trampled to death by an elephant and had his body eaten by lions.

Kruger National Park spokesman Isaac Phaahla said the man and two others were illegally hunting for rhinos in the wildlife park in southeastern South Africa last week when the elephant surprised them.

Phaahla said park rangers searched for the man’s body at the request of his family. He says they found his skull and trousers near a pride of lions and assume the animals devoured the rest of the corpse.

South African police said in a tweet that the man’s two companions were arrested and charged with illegal hunting and trespassing in the park. Poaching of rhinos is a serious problem in South Africa.