DETROIT - A policy analyst and rising leader in Detroit who worked with the mayor and the city was found dead in his car early Sunday morning.

Westland Police Officers were called to the 37400 Block of Willow Lane after receiving an OnStar panic button notification. After arriving, they found DeAndree Watson's body, the apparent victim of a homicide.

Further investigation led officers to a nearby apartment where they found a second person, Deontez Jones of Westland, also dead. Police believe he died of a self-inflicted gunshot wound. Police believe the incidents are connected as both knew each other. 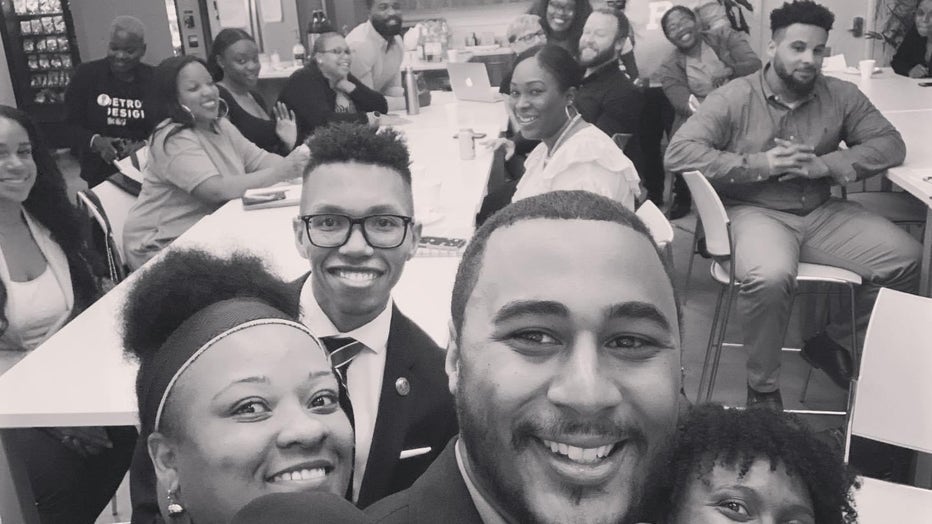 Watson, a graduate of the University of Michigan, had reigned in plenty of experience working with the Black Student Union, Central Student Government, and the NAACP before going to work for the city of Detroit. He was also affiliated with the New Leaders Council of Detroit, where he served fellow in 2016.

Watson's LinkedIn page says he had worked with the city for eight years as a policy analyst.

Among those saddened by his passing was the Detroit mayor himself, who shared a post on Facebook Monday morning, saying he was 'shocked and deeply saddened" by Watson's death.

"DeAndree was one of Detroit’s rising leaders with a deep commitment to public service and the city he called home," read Duggan's post.

Watson worked with Duggan and Councilman James Tate on the city's marijuana ordinance - a staple of the 1st District representative since it was legalized in 2018.

FOX 2 has reached out for comment from the Wayne County Medical Examiners Office and staff at the city.