They exchanged gunfire while headed northbound on Middle Belt from Cherry Hill before the crash at Marquette involving this third unrelated vehicle.

GARDEN CITY, Mich. (FOX 2) - A spat between drivers led to gunfire and a crash involving three vehicles in Garden City. It happened on Middle Belt near Marquette Friday afternoon.

"I just heard this screeching of tires and pow - really, really loud," said a witness.

Police tell FOX 2 the crash and shooting started with an altercation involving people in a Buick LeSabre and a Ford Escape.

They exchanged gunfire while headed northbound on Middle Belt from Cherry Hill before the crash at Marquette involving this third unrelated vehicle.

Police took four people into custody. One is on the run. Investigators say no one was struck in the shooting. Police are looking for another man involved in the altercation that led to the crash.

He is described as a young man with a light complexion, he was wearing a gray hoodie or jacket and was wearing a multi-color backpack.

The gunfire prompted Memorial Elementary and Lathers early childhood and kindergarten to go into lockdown.

The driver of the third vehicle, a Jeep, was struck in the crash just for being in the wrong place at the wrong time.

"The kid that was driving the yellow Jeep was screaming out for help," said Brad Morgan.

Morgan says he helped get the man out of his banged-up SUV before he was taken to the hospital. 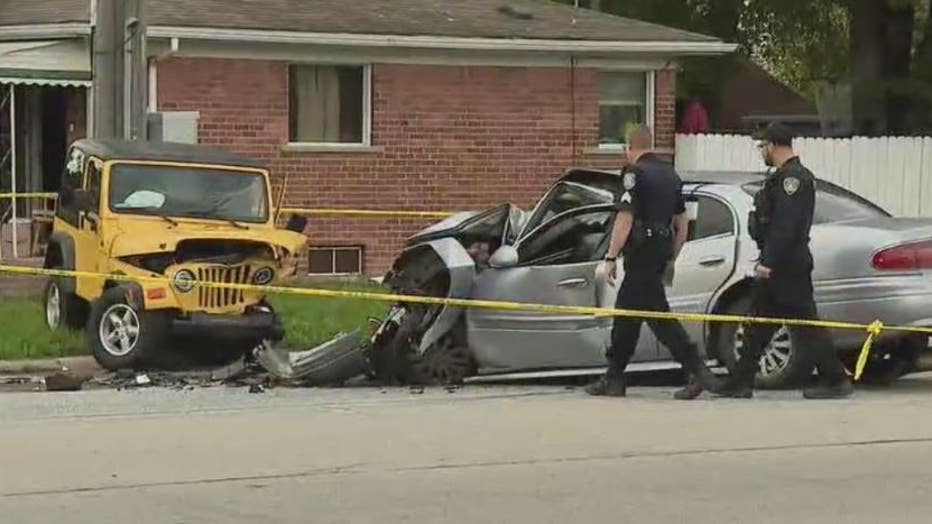 "The driver-side door was completely locked in you couldn’t open it," Morgan said. "So we had to go to the passenger side. He said something about his foot felt broken, so he needed help out of his vehicle."

"I was cutting the grass and I heard a crash and then I heard what sounded like firecrackers, but it was actually gunshots," said a woman who lives nearby.

She said two men darted across her lawn after the crash, one of them was armed.

"I asked him, I said 'Honey are you alright?' And he just kept walking he had a backpack and a gun in his hand," she said. "The other gentlemen jumped the fence, I asked if he was okay and he looked panicked and jumped back over the fence got the bag he dropped and he took off running."

Anyone with information about the incident is asked to call Garden City police at (734) 793-1700. 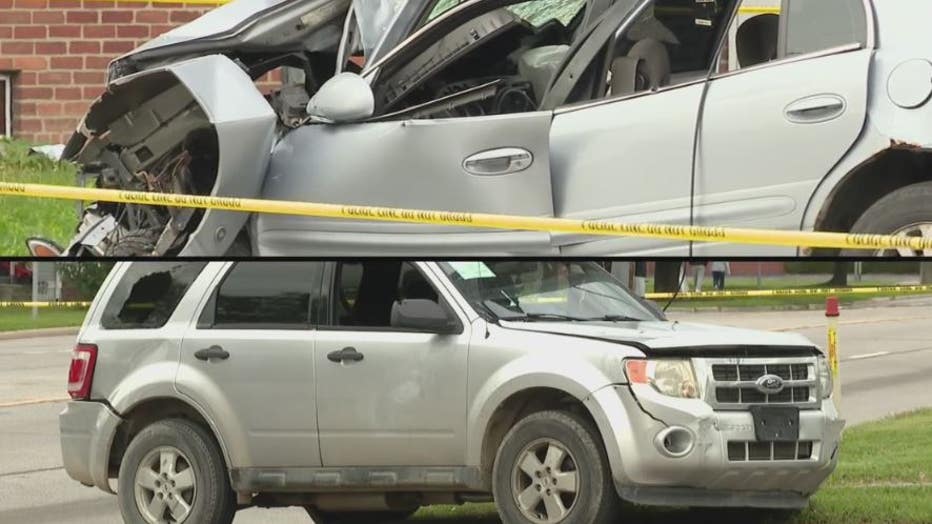