It happened in front of the Days Inn and Suites on Gratiot just north of 13 Mile around 5:30 p.m. Thursday.

ROSEVILLE, Mich. (FOX2) - One man is in critical condition at a local hospital, and another in police custody after a road rage incident in Roseville.

It happened in front of the Days Inn and Suites on Gratiot just north of 13 Mile around 5:30 p.m. Thursday.

It’s unclear what exactly sparked the animosity between the two drivers, but police say it all came to a head once the two vehicles were stopped at a red light — and the man in a pick-up truck got out.

"One gets out of the truck, approaches the other one," said Deputy Chief Mitch Berlin, Roseville police. "Some kind of altercation whether verbal or physical occurs there. The driver of that vehicle discharges his weapon, strikes the gentleman that is at his window several times. Drives away, and waits for police down the street."

The man who was shot was rushed to a local hospital. Bystanders snapped pictures of his truck there's blood on the door and door handle.

The shooting shut down a stretch of southbound Gratiot for hours-re-routing more than a dozen Smart buses and frustrating drivers.

If it seems like these sort of road rage spats are becoming more common, Roseville police would agree.

"We've had more last few months than we've had in my 30-year-career," said Berlin. "It's unbelievable.

"It's not worth it at all. Look what happens. He could have turned off, he could have kept going. Just let it go."

Police are interviewing the man who fired his weapon earlier this evening and is in custody. Witnesses are also being interviewed as the investigation continues. 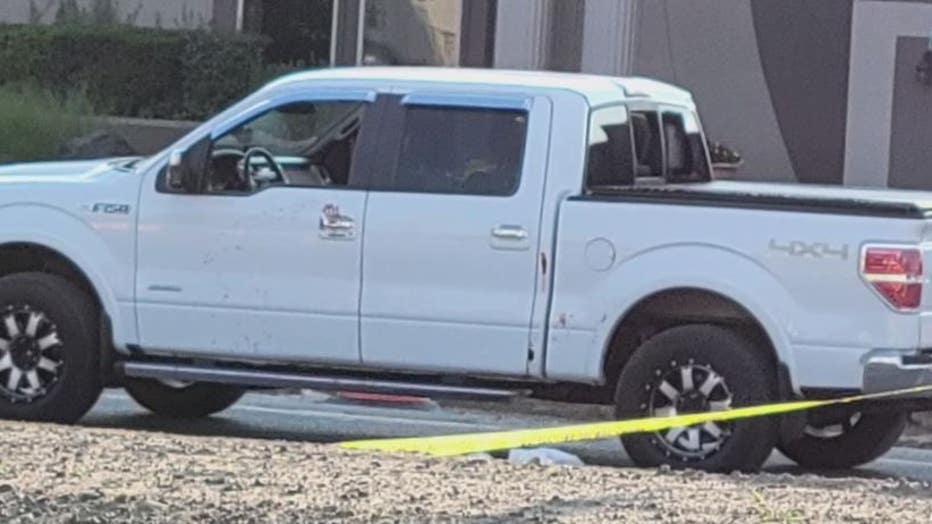