Prostrate surgery with robot can help even the most difficult cases

An avid scuba diver's scar tissue around his prostrate got a helping hand from a surgical robot at Henry Ford.

FOX 2 - Donnel Hollister loves to scuba dive, but when prostate screenings identified high PSA levels, he began to wonder if his adventure-seeking days would be sidelined.  He was diagnosed with prostate cancer.

Doctors performed surgery to remove the prostate but during the procedure encountered a roadblock of scar tissue, left behind from one of Hollister’s previous surgeries.  In most cases like this, doctors are unable to remove the cancer through surgery and they have to rely on radiation.

But thanks to a newer surgical robot used by Henry Ford Hospital’s urology team, Dr. Wooju Jeong could still offer Hollister a surgical option for prostate cancer treatment despite the scarred tissue. The robot allowed the doctor another avenue to reach the prostate

"I decided to go through the bladder," said Dr. Wooju Jeong. "We’re going to make a small incision, we can get in there and we can do a procedure with multiple arms.

"Because of this  technology we are able to reach the prostate gland through the bladder gently and get the surgery done."

Hollister had his surgery just last month and his recovery is going well. 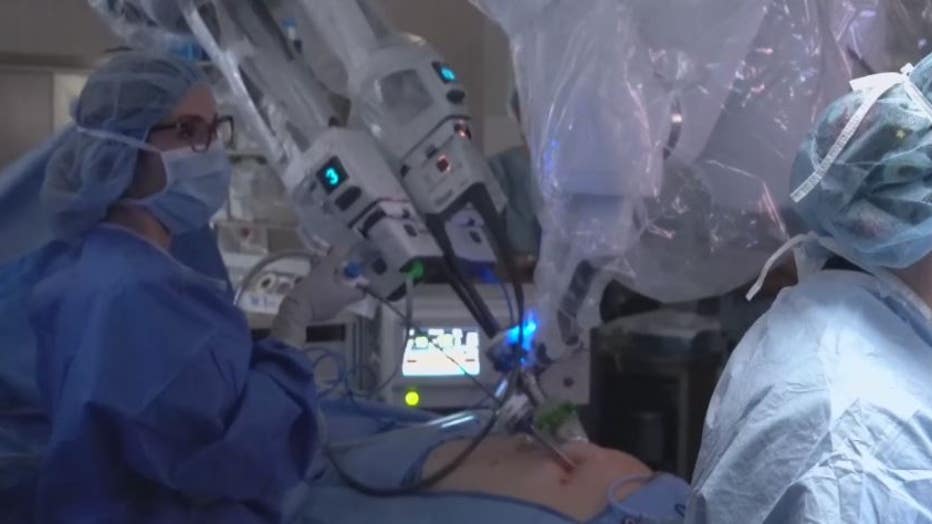 "I feel great, I've returned to work," he said. "I just recently bought a kayak that I have not been able to use, hopefully I will get it out tomorrow."

September is Prostate Cancer Awareness Month and doctors say it’s a good reminder to get your screening.  Medical experts also say most prostate cancer is diagnosed in men older than age 65.

If you would like to learn more about this robotic procedure to treat prostate cancer go HERE.

"We’re here to help them - any time, any problem, come to us I will try to meet their goals," said Dr. Jeong.