ROCHESTER, Mich. - A Rochester Hills man has died after he was found with a self-inflicted gunshot wound early Thursday morning.

Police said a man had threatened to hurt himself and his wife had left the home with their kids before calling police the night before.

SWAT units and deputies from the Oakland County Sheriff's Office had responded after receiving a complaint that a man was threatening to commit suicide at home north of the city.

After police initially got in touch with the suspect over the phone, they heard a single gunshot before losing contact.

Deputies responded to the residence at Mead Road and Waverly Drive after receiving a call from a woman around 10 p.m. the night before.

Upon arrival, deputies spoke with the complainant who was later identified as the suspect's wife. She informed the police that her husband had assaulted her.

She also advised police that her husband was alone in the residence with access to several firearms. 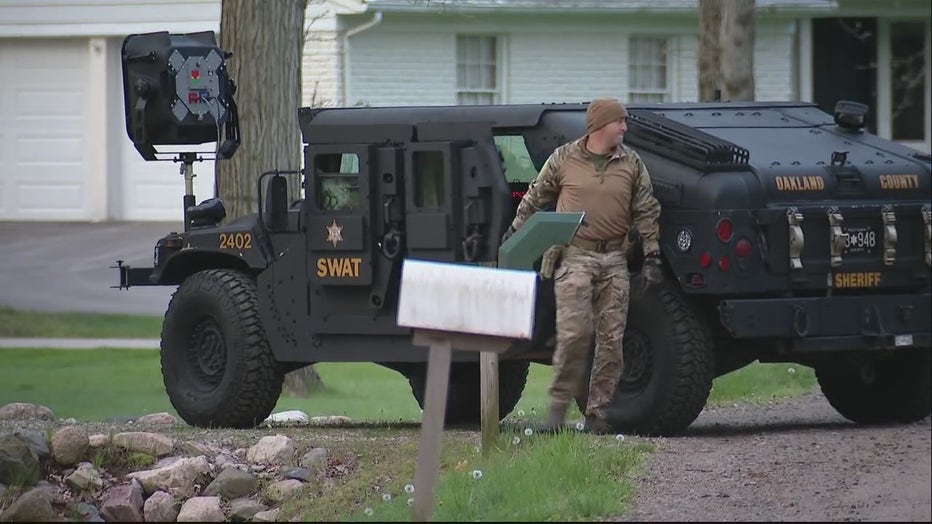 Upon arrival, deputies spoke with the complainant who was later identified as the suspect's wife. She informed the police that her husband had assaulted her.

Police set up a perimeter and first made contact with the man over the phone.

He initially agreed to come outside, however, a single gunshot was heard during the conversation.

Several attempts to make further contact with the man failed.

Deputies held the perimeter while a drone attempted to obtain a look inside the home. That produced negative results as well.

SWAT units were activated and took control of the scene.

At 7 p.m. Thursday morning, they gained entry to the home and observed the suspect, who "was found obviously deceased from an apparent self-inflicted gunshot wound," according to a release.

Police also found a handgun near the man.