ROCHESTER HILLS, Mich. (FOX 2) - A conversation with a neighbor prompted Trevor Sebastian to check his home security system, and he was surprised at what he saw.

"I saw him walk across the porch and then peek in the windows. I was up at the time and I probably made eye contact with him but couldn't see him through the glass," Sebastian said.

Man peers into houses at night in Rochester Hills

He's sharing the footage in hopes that someone will recognize him and turn him in.

This was recorded Monday night in a Rochester Hills neighborhood off Livernois near South Blvd.

"Then he proceeded to walk over and step up on the hot tub and look in the other windows as well," Sebastian said.

Sebastian says his next door neighbor had a similar experience.

"[The suspect] wasn't afraid, you know the motion sensors kicked on and the lights came on and he didn't flinch at all," Sebastian said. "If anything he was like, 'Hey, I can see better now, thanks.'"

Sebastian has learned the suspicious activity has been going on for a while. About a month ago an Oakland County Sheriff Deputy came to his door because he has the Ring doorbell and asked to see if he had any footage of people going through his backyard. 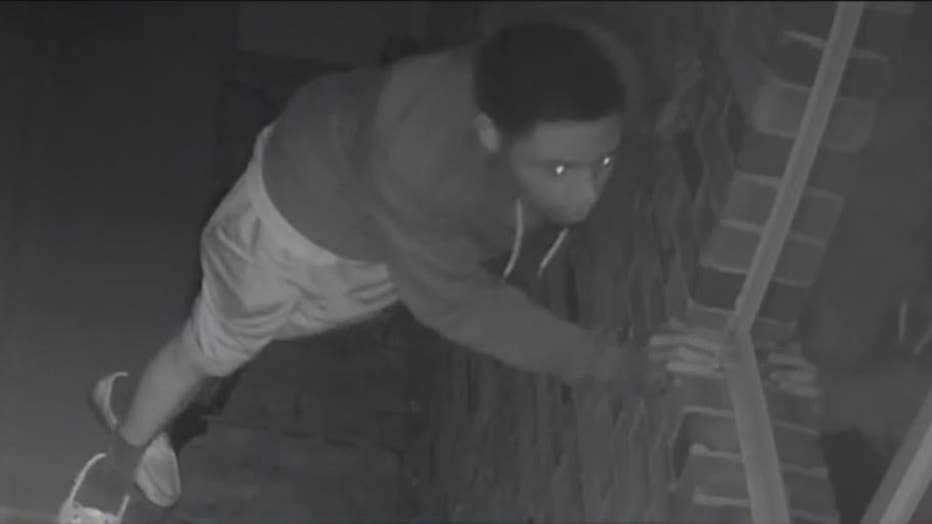 He's sharing the footage in hopes that someone will recognize him and turn him in.

"It is definitely concerning," Sebastian said. "We've got a lot of kids in the neighborhood. You don't want somebody who doesn't belong with bad intentions around."

Or, at the very least, make sure people in the area are aware that this person is around.

"Now, hopefully, someone will know to call the police as soon as it happens,"

He says he has shared this same video with the Oakland County Sheriff's office, who continues to investigate.