ROMULUS, Mich. (FOX 2) - "The smallest job I do in here could mean the world to everybody else outside," said Stanaleen Greenman of Amazon. "I feel safe coming to work every day."

But one Amazon worker says that a promotional video provided to FOX 2 is not a representation of what's happening at the Romulus Fulfillment Center.

Amazon worker in Romulus talks about stress of the job, hazard pay ending

The Amazon employee claims there are dozens of co-workers have contracted COVID-19.

"It's stressful, it is," said one worker. "It's so stressful the thought of knowing that you've got to go back to this place and then if you cough, they tell you to stay home. And if you stay home, they're penalizing you for it."

The worker, who wished to remain anonymous, claims that even though Amazon is keeping employees six feet apart and providing them with masks and gloves, they're still getting sick.

And those who go on medical leave, risk losing their jobs.

"It does clearly state in that handbook if you go on a medical leave, your spot is not guaranteed," he said. "They're using that on people that are trying to come back to work."

The Amazon employee claims there are dozens of co-workers have contracted COVID-19. 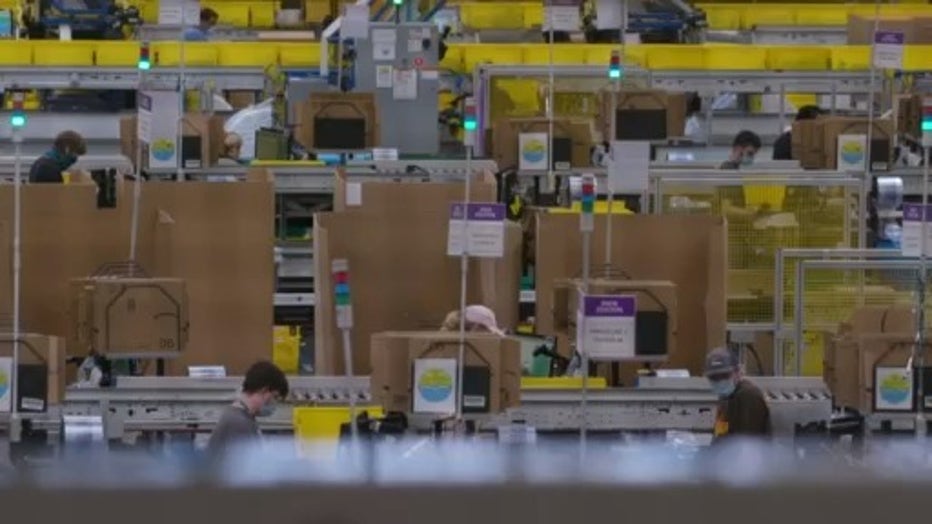 "Shut it down," he said. "Clean it up thoroughly and they also need to have these employees get tested before they come back to work."

But Amazon says it's doing both and could end up spending $4 billion between April and June on its COVID-19 response which includes handwashing stations, thermal screenings and on-site testing.

"If they really want to stand by the measures they say they are taking to make it safe, they should invite OSHA inside the facility to conduct a thorough investigation," Congresswoman Rashida Tlaib said. 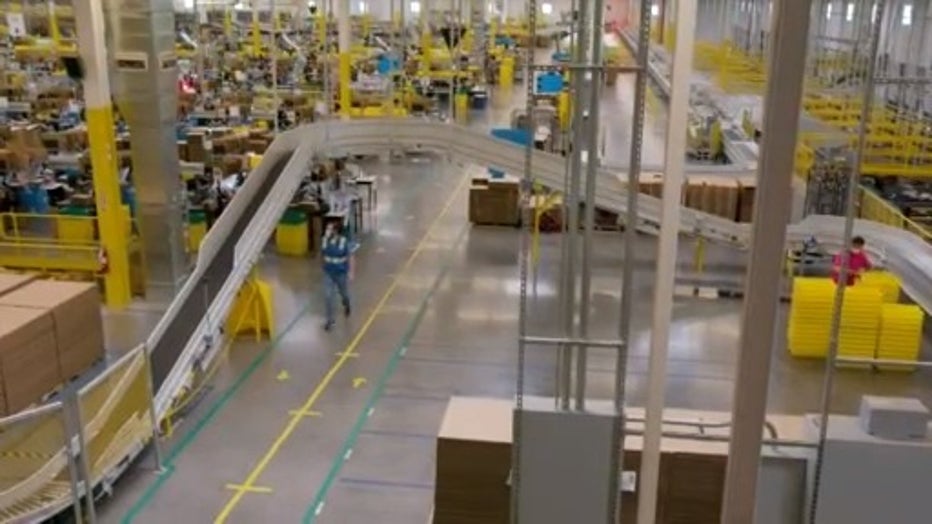 Congresswomen Tlaib and Debbie Dingell are calling on the Occupational Safety and Health Administration to look into work conditions at the Romulus Amazon Fulfillment Center.

Tlaib says there are currently 35 complaints against Amazon facilities within OSHA. Another concern for Amazon workers in Romulus is that hazard pay is reportedly ending.

"You give us two extra dollars to work so this pandemic is over with - and it's not over with," the worker said. "These people are still risking their lives to come into this place and work."

"As people across Michigan and the country stay home, our workers are enabling communities and customers - especially the most vulnerable among us - to get the critical items they need during this crisis. amazon's commitment to protecting our team members is clear and has never been stronger."

As for Dingell and Tlaib, Amazon says the measures they are calling for are already in place. Amazon added there is an open invitation for them to visit and fulfillment center.