ROMULUS, Mich. (WJBK) - Investigators at the Romulus Police Department are still searching for the suspect who stole one of their police cruisers.

Investigators say the search continues for the suspect who got into a Romulus police cruiser and took off from a hotel parking lot just before 1 a.m. Friday morning

Officers were approaching the man who took off in the cruiser and another suspect when they noticed them attempting to take a flatbed trailer from this hotel parking lot.

After the suspect gets in the driver seat he quickly makes his way to head east on I-94.

On video the suspect showed no sign of slowing down with Romulus police close behind. Investigators say after about 15 minutes on I-94 the suspect pulled off on Michigan Avenue and parked on a side street, running away.

A few moments later, police located the stolen cruiser. Back at the hotel parking lot, police took the other suspect into custody.

"He was arrested on other outstanding warrants and other violations that he must deal with as the case progresses," Farhat said.

Police say before Dustin Michael Davis and the other suspect arrived at the hotel parking lot it's believed they also stole a truck from Van Buren Township.

As the search continues for that second suspect who took off in their cruiser...Police say they're confident they will find him.

"We will bring the subject into custody soon," Farhat said. 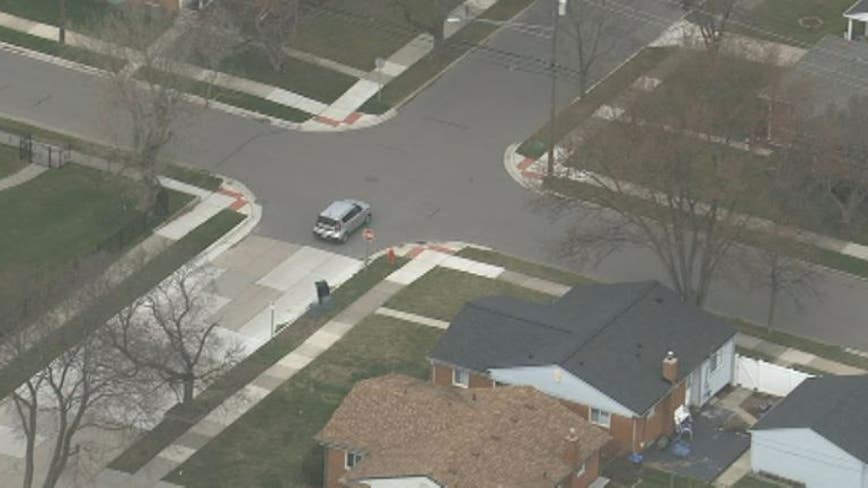