Royal Oak firefighters head to Gaylord to help with cleanup

When the EF3 tornado ripped through Gaylord, Royal Oak firefighters hit the road to help our neighbors in need.

ROYAL OAK, Mich. (FOX 2) - Two people died and dozens more were injured Friday when an incredibly rare EF 3 tornado ripped through the city of Gaylord. With wind speeds of up to 150 MPH, the tornado left a 16-mile-long path of destruction.

The cleanup will take several months for the city but people across the state are making the trip up I-75 to help. That includes the Royal Oak Fire Department. Friday night, not long after the tornado ripped through, a group of 16 firefighters from departments across southern Oakland County responded to the call for help.

"It was probably the most devastation I’ve ever seen," said Royal Oak Fire Lt. Anthony Cattini. "The area that touched down was quite significant. It was over a large area and the damage it created to buildings was quite impressive."

The firefighters were part of the Oakway Technical Rescue Strike team, which includes Cattini. They drove up Friday to help with the search and rescue efforts and they had multiple challenges along the way.

"The lack of knowledge of the area it was 2 o’clock in the morning when we arrived. There were no lights, there was no power because of the storm so it was all flashlights and portable power," Cattini said.

The team came back saturday morning after helping to survey the damage. The tornado killed two people and left at least 44 people hurt. Now Cook stresses the team is always ready to go the moment the call comes in for help.

"They may not get the call all that often but all it takes is one call and you have to be ready to go," Cook said. 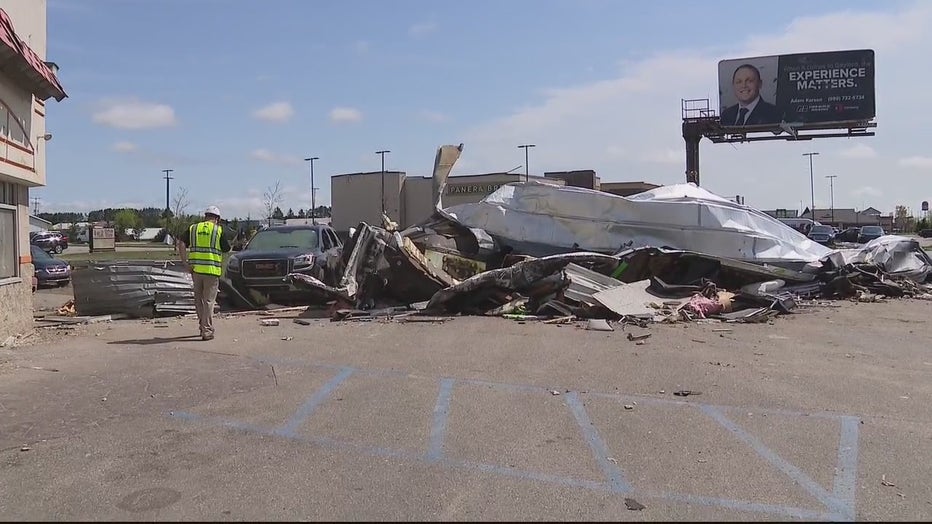