ROYAK OAK, Mich. (FOX 2) - A driver slammed into a parking enforcement officer in Royal Oak, sending him to the hospital in a hit and run Wednesday.

"It is a crosswalk and there is a sign to yield to pedestrians," said Lt. Al Carter, Royal Oak police.

A driver slammed into a parking enforcement officer in Royal Oak, sending him to the hospital in a hit and run Wednesday.

Carter says at about 5 p.m. that day, one of their parking enforcement officers walked across Main at 5th Street when a car heading northbound smashed into him.

"He did fall onto the hood and then fell onto the ground and got up and spoke with her," Carter said.

The officer was injured with a broken leg and told the woman behind the wheel to pull over so he could call for back-up.

"(He said) 'Just pull over, we'll get through this, it's not a big deal,' not even realizing his leg was actually broken," Carter said. "He was more concerned about her, that is the kind of employee he is."

But instead, the distraught driver pulled away, leaving him there.

"Luckily he wasn't seriously injured, even though he did suffer a broken leg," he said.

He'll be out for eight weeks, meanwhile, police are trying to track her down.

"We're looking for a white female approximately in her 30s driving a red, four-door sedan.

It's possible there is some front end damage to her car too. It could have been just an accident, but it's turned more serious.

"Now it's leaving the scene of an accident and it's also causing personal injury so it's a misdemeanor offense," Carter said. 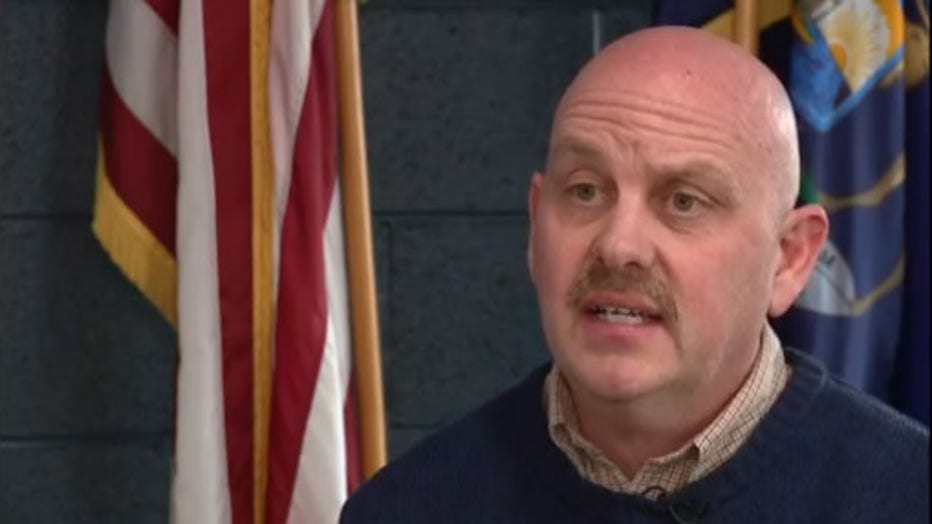 "We are just hoping that she does realize the importance of being honest and coming back and speaking with the police department," he said.

Royal Oak police are asking anyone that might have seen anything to call them with information.