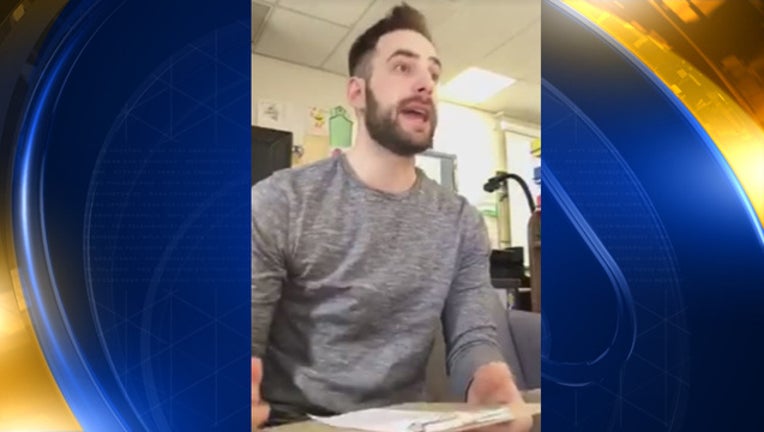 Mr. Dombrowski recorded himself spelling the words out while the students graded their own tests (and he spells out every word with a straight face). Adding to the hilarity, you can hear the confusion and the occasional groans from the students in the background.

Finally, after getting through all 10 words, Mr. Dombrowski confesses to the class.

"Your next word, number 11, is -- April Fools' -- because this is an April Fools' joke!" he shouts. You can immediately hear the screams from the students.

"It's not even April!" one student shouts.

"Congratulations. Turn in your tests; this will be on your report card," he adds quickly before the video cuts off.

He posted the video on his Facebook page, where it's been viewed almost 2 million times.

Here's a list of all the words Mr. Dombrowski had on his test. Think you'd get any right?

According to a staff directory, Mr. Dombrowski teaches at Oakland Elementary in Royal Oak.

Click here to watch if you can't see Mr. Dombrowski's video above