DETROIT (FOX 2) - A slew of tragedies has community activist group New Era Detroit thinking through ways of preventing them starting with schooling kids on firearm safety.

"With crime rates on the rise we can’t do everything, but one thing for sure we can do is something," said Zeek, an activist with New Era Detroit.

Nathaniel Stewart, the owner of the Inner City Liquor store on Harper on the city’s east side joined the ranks of Safe Zone Detroit a New Era program where businesses vow to make the safety of people in their area a top priority.

Last week a toddler was shot and killed his 5-year-old cousin on the city’s west side after getting a hold of his dad’s gun. A 4-year-old in Detroit is in stable condition after shooting himself with a gun he found in his home.

"When I saw what happened to the kid I was upset, because I had the information, and I need to get it out there more," said Kevin Jordan.

New Era Detroit teamed up with Jordan, a firearms instructor, for an informational session on Instagram Wednesday and doling out instructional flyers at New Era’s Safe Zone businesses across the city.

"If you teach a kid: stop, go tell an adult, run away. they’re likely not to touch it," Jordan said. "As long as I know what to do when I see it, I might not do something wrong with it.

"Nowadays the community is arming itself. There are a lot of residents that are CPL holders, there’s a lot more guns in the house. Now we've got to educate the parents: look you need a gun safe, you need to figure out where to put it, how to be around your kids with it."

That effort is part of a broader one as New Era looks to prevent other crimes in and around Detroit. From the disappearance of a River Rouge mom to a 10-year old and his mother getting shot in southwest Detroit, to the carjacking of an elderly man and his wife at a gas station in Highland Park.

"We need people to step up in the community and be more visible," Zeek said. "Especially these business owners where a lot of these crimes are happening around." 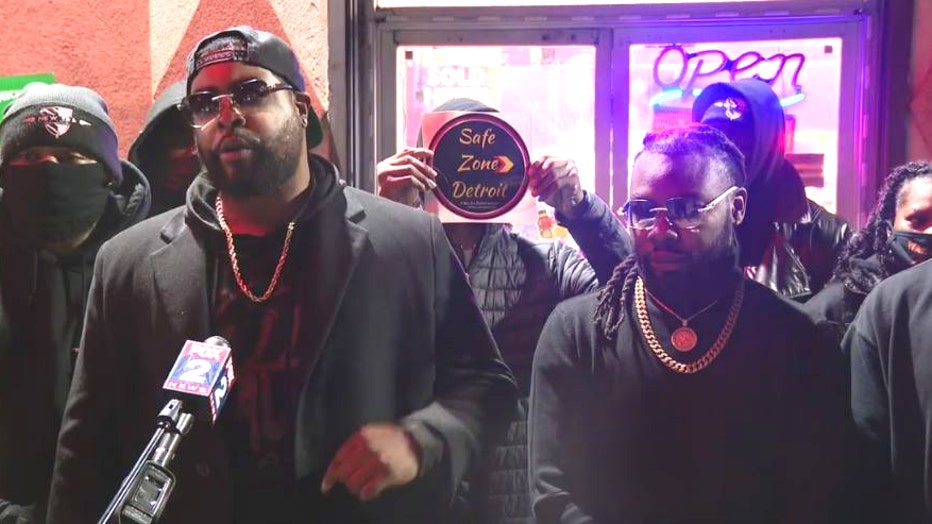 Nathaniel Stewart, the owner of the Inner City Liquor store on Harper on the city’s east side, joined the ranks of Safe Zone Detroit a New Era program where businesses vow to make the safety of people in their area, a top priority.

"We can’t be everywhere at one time," Zeek said. "It is the city’s responsibility, businesses in the city responsibility to be able to hold themselves accountable for their environment and say I’m going to be able to look out for the people in my environment," Zeek said.  "The power has always been in the people. If we don’t stand up and take care of the business in our communities and hold ourselves accountable for the things that go on inside of our community, we can’t be pointing the finger at nobody else."

Right now there are about 100 businesses enrolled in Safe Zone Detroit initiative. If you are a business owner interested in getting involved, go to