DETROIT (FOX 2) - Throughout the Russian invasion we've heard stories of local people wanting to help. Some gathering supplies, others actually going overseas, including a Saint Clair Shores man who decided to make the journey to Ukraine.

Anthony Pate is currently in Ukraine, after seeing Russian President Vladimir Putin's troops invade the country, he felt he had to help.

Pate told FOX 2 there's "zero chance" Putin will win, while talking from his father-in-law's home about an hour outside of Kyiv. Pate had just arrived in Ukraine, delivering the supplies he collected out of the St Clair Shores home.

When asked what the Ukrainian people think of the Russian army coming towards them, and if they were nervous,

"They are set up and ready if they [the Russian Army] move in this direction. I'm very close to Kyiv right now," Pate said.

To add to the tense situation, Pate speaks no Ukrainian, and he's traveling alone after renting a car in Poland, but has met up with his wife's family in Ukraine.

When Pate first sees his father-in-law, he is welcomed with a surprised "hello." Additionally, there are checkpoints in every village's entrance and exit, and Pate had to go through about 50 of them to get to his father-in-law's home.

"As I got closer to where I am now, it was hard-core serious soldiers, that really knew their business," described Pate.

But his mission is to deliver the supplies to hospitals in Ukraine. Pate knows not to go too far into the country, close to the center of the conflict, but he says he has one more stop to make.

"I have some if the IV catheters I'm taking to another hospital- it's a little bit further and closer to the actual action," said Pate.

Pate says the Ukrainian people love Americans and have been trying to help him along the way.

"I also am wearing a military hat with a Ukrainian flag on it," said Pate, "I pull out the paper. And I say, Americanski' they look at me. I said I speak English only.  And they're so serious, they look at me, they try to practice their English with me, they read the paper and they go from serious to big smiles. Go go go, as they put me in the front of the line and send me on my way. It's amazing."

Anthony plans on returning home to St Clair Shores next week. But he said he is going back to Ukraine because there's more work to do. 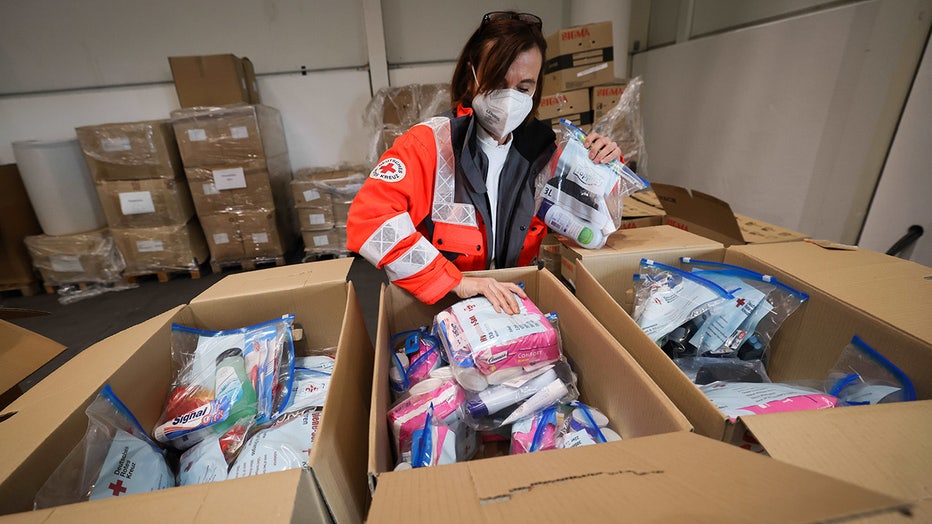