(FOX 2) - A valuable gold coin was dropped into a Salvation Army red kettle in Macomb County for the seventh year in a row.

"Compared to all the other coins we get during the Christmas season, this is pretty rare. It's from South Africa, it's dated 1978," said Major Cornell Voeller.

The Salvation Army was excited to find a rare coin in one of their red kettles.

The anonymous person who slipped the coin inside the kettle this year made the donation at the Salvation Army stand at the Kroger at 13 Mile and Little Mack in Roseville.

While the $1,500 coin is a hefty donation, Salvation Army contributions are down this year.

"Unfortunately we're about 10% down from where we would really like to be compared to last year and compared to our goal," Voeller said. 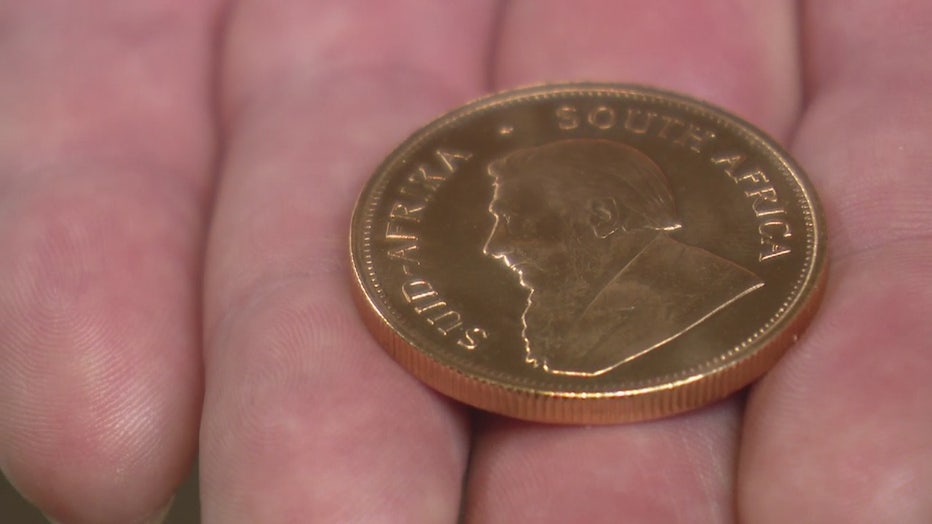 For the seventh year in a row, the Salvation Army discovered a valuable coin dropped in one of the red kettles in Macomb County.

"The donor wants to remain anonymous and so well respect that just be grateful for their generosity," Voeller said.

The Salvation Army is trying to raise $8 million, and that's just in southeast Michigan.