FOX 2 - If you look around neighborhoods in Pleasant Ridge and Ferndale, chances are you will see one of these signs with a powerful message.

The words say their names are accompanied by a list of victims who lost their lives to police brutality.

If you look around neighborhoods in Pleasant Ridge and Ferndale, chances are you will see one of these signs with a powerful message.

"You saw how many were from Detroit and how young some were," said Christina Krysiak. "One girl who was on there was 7 and she was killed by the police. It was just really difficult seeing that."

Krysiak, is a Wayne State University sophomore and wanted to show support for the Black Lives Matter movement. The art student decided to give back the best way she knew how, by designing these signs and donating the proceeds.

Her initiative started at the beginning of this month.

"I stated posting it on Facebook and it surprisingly got a lot of attention," she said. "And now going on our daily walks, I am just seeing them everywhere, it's cool,"

So far Krysiak has donated nearly $4,500 to Black Lives Matter by selling 100 signs and 500 stickers.

"When you see them you realize people are understanding what's going on and want to show a sign they agree and they want to participate in this movement that's happening," said John Gryniewicz.

Now Kraysiak is grateful for the unexpected support she's gotten from people across the country.

"Even though we do live in a predominantly white community that people are still wanting to show their support and it keeps coming in which is good to see," she said.

If you want more information on buying one, go to the Facebook Page HERE. 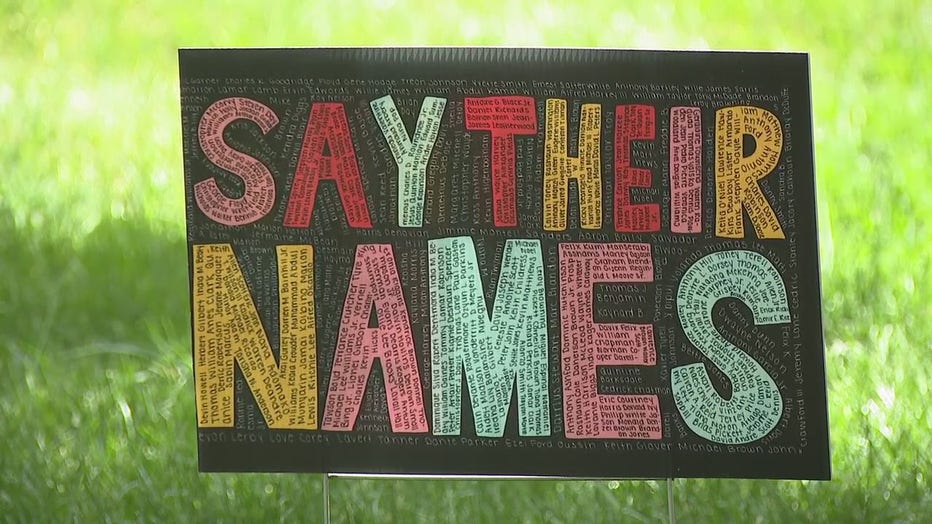