OAKLAND COUNTY, Mich. - Oakland County officials are warning residents of a scam where the guys on the other end of the line claim to be sheriff deputies trying to tack you down.

"I got scared because I thought maybe the paperwork got lost in the shuffle and that I did have a failure to appear in court," said Marisa Marco.

Marisa has an actual traffic violation so when she got a suspicious call she thought the Oakland County sheriffs department didn't get her payment for the ticket she got.

Here's how that call went:

"Good afternoon this is a Lieutenant from the sheriff's office and I am attempting to get a hold of Marisa. I need you to contact me as soon as you can in regards to a failure to appear on a court appearance on September 23 date."

"I did have a traffic violation and my court date was two weeks prior to the date that they mentioned in the voicemail so I really had to go back and check my records and also I called Oakland County to make sure I did have a receipt for the ticket I paid for," she said.

Oakland County Sheriff Bouchard says this is happening more and more. Believe it or not, some of the bad guys are already in jail.

Oakland County Sheriff warning of scammers claiming to be deputies

Oakland County officials are warning residents of a scam where the guys on the other end of the line claim to be sheriff deputies trying to tack you down.

"We know a number of these have been scams run out of a prison, they smuggle cell phones into a prison and they have an ongoing scam at the Southern Prisons. They have these green dot cards and they put them into the commissary account and they run criminal organizations outside the walls of the prison. We know that because we have investigated them with our special investigation unit," he said.

Marisa and the sheriff met at Fox 2 to talk about what happened.

"Jury duty, tax issues, failure to appear, all these other things that people try to fit themselves into that hole and say maybe it's this. It's probably legit. It's not. So you're smart," Bouchard said.

He said she's smart for calling the authorities, rather than calling that person back.

"They could not locate a Lieutenant Baker and then they were not able to have any record of this. That's when you knew this was just a fake call? Yes. Then I called Oakland County to make sure I paid my ticket and that they had the receipt. 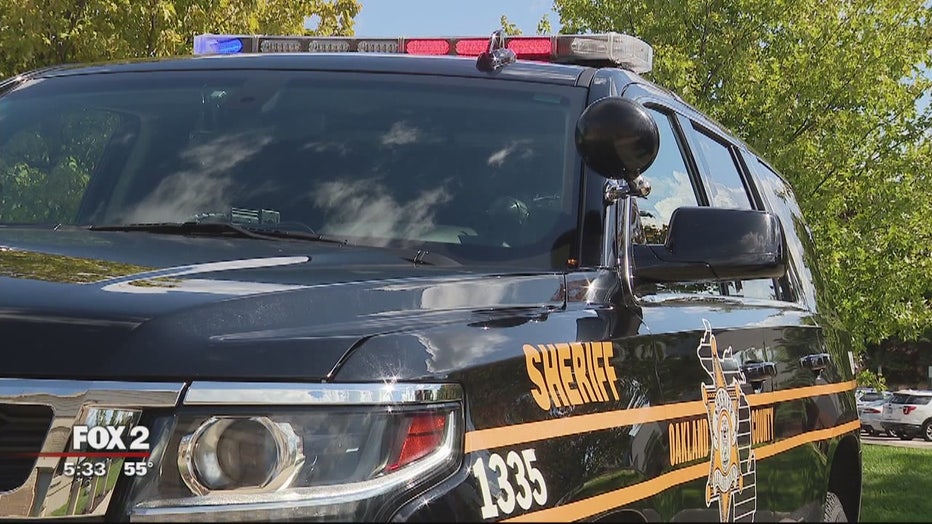 Even if she did call back, a burner or throwaway phone was probably used.

"The number you dialed is not in service. So typically what they do is they have a burner phone or they quickly terminate and get a new number or the spoof a number and it wasn't that number if they actually get you.