DETROIT (FOX 2) - The Conners Creek Power Plant is the backdrop for two gated communities - and some residents have concerns over the plant's final phase demolition set for Friday.

"We had two meetings, the first one I was able to go to and they talked about the air quality they're going to monitor it," said Francine Giles. "How can we really know?"

The decommissioned plant is located between Jefferson Avenue and the Detroit River at about 75 acres.

Residents say they're not only concerned about potential toxins in the air they also have concerns about the safety of their property.

"There may be cracks in the walls," she said.

DTE officials say they have been addressing safety concerns well in advance of the demolition.

"We've been working on removing hazardous material from the plant for many months now," said Brian Nuno, DTE Energy.

Demolition of the structures are set to come down Friday at 9 a.m.

"They will probably hear a boom depending how far away you are, and there will be a dust cloud," Nuno said.

DTE officials maintain the dust cloud should not pose a risk...thanks to that pre removal process s of those hazardous materials

Barriers will also be in place to keep dust from spreading 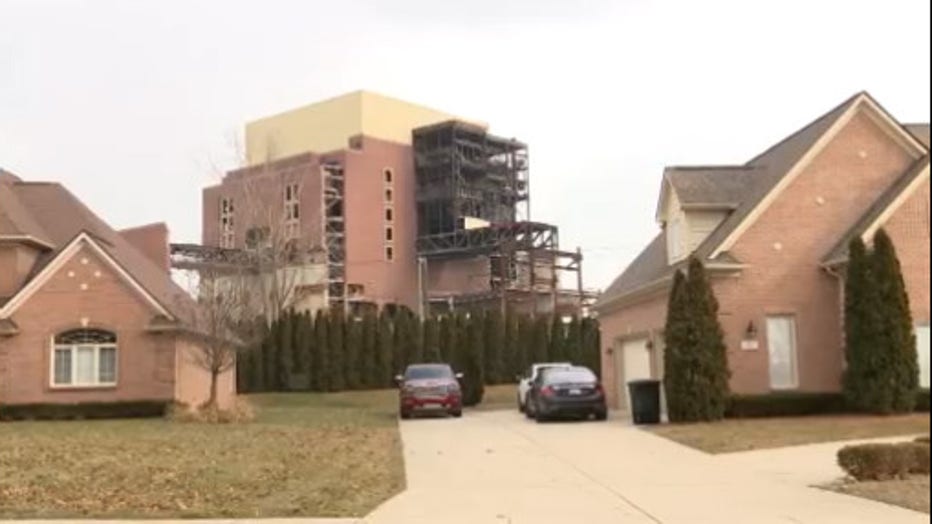 And industrial fans will be in place also throughout the process. DTE says they will not use an implosion to bring the plant down but instead a safer and more effective method

"The process is called an explosive felling," Nuno said. "We've likened it to a three-legged stool. We are basically taking out one of the legs of the stool and it will kind of fall over on itself."

DTE is also asking residents who live within a 1000 feet to not be home when the remaining structures come down as a safety precaution, but add that the structures will be down in less than a minute.

"It will be very quick, we are told it will take about 6 seconds in reality," Nuno said.

DTE is exchanging the plant site with the city of Detroit to help develop a 200-acre parcel of land for the planned expansion of a Fiat Chrysler automobiles plant. DTE says they will continue to monitor this site for months to come.

"We're committed to making this a safe process," said Nuno.