It all stems from a list circulating of nearly a hundred families who are anti-mask. Paul Kolin reported it to the police and the school superintendant, because some of the families feared backlash.

The Bloomfield Hills school board voted Thursday night to remove him from his position. He remains a member of the board.

It all stems from a list circulating of nearly a hundred families who are anti-mask. Kolin reported it to the police and the school superintendent because some of the families feared backlash.

Board members were displeased they weren’t consulted before he took action.

"Our school wouldn’t be the same without him," said student Lindsey Zousmer.

But school board members stand behind their decision.

"I just believe there was a lot of violation, not just in the policies, but in my personal trust in your leadership," said trustee Michelle Southward during the meeting.

"When a list - any list of some sort - with students and parents is distributed to a school community, or on school property are prohibited by our policies, we have an obligation to understand the complaints of those in the school community, who may be affected," Kolin said. 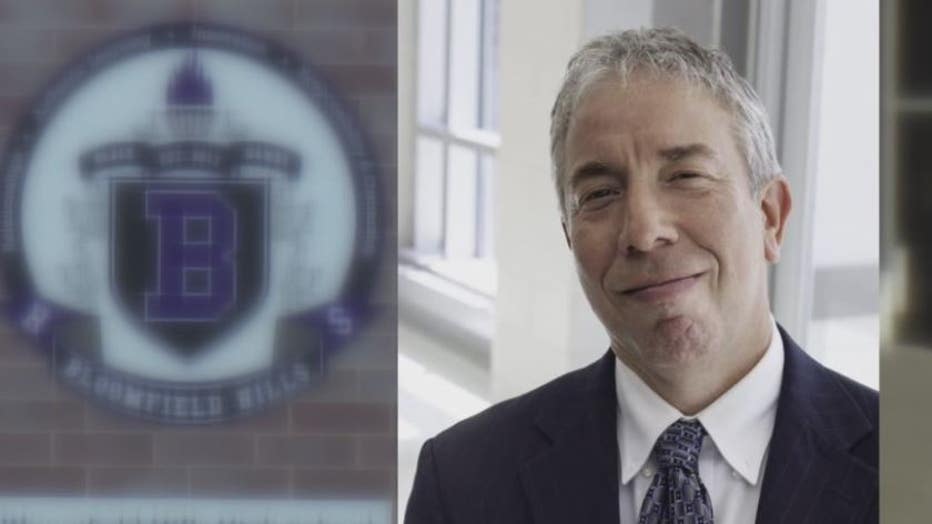 "We hope to create some sort of change and make sure our voices are heard in this community," said student Shira Ellis."Because it seems to be undermined by other people's negative opinions being put into the world."

"There is seriously no one in the world I’ve ever met like Paul Kolin," said Zousmer. "He is the greatest role model. Everyone at the high school knows him, loves him, looks up to him. "He is the spirit of Bloomfield Hills High School."

"He’s given me nothing but confidence throughout the way and the least I can do is be supportive of him," said student Abby Sung.  "I think the board should really reconsider their decision."

There is no comment as of yet from any other board members. Kolin declined to comment but added he was overwhelmed by the support.