DETROIT - Erica may only be in 10th grade, but fashion entrepreneurs rarely let limits keep them from growing.

Members of the Boys and Girls Club of Southeastern Michigan have spent the past few weeks designing their own apparel that honors one of the greatest symbols of Black wealth and independence in U.S. History.

A member of the Boys and Girls Club of Southeastern Michigan, she's released original apparel that is part of the organization's Social Justice Collection.

"The things we're doing now, I never expected to happen in my lifetime," she said.

Her design features different-colored fists clasping a thorned rose, a symbol of unity that even different ethnicities and races still bleed the same.

"People are holding the roses with their fists and the original painting had blood dripping telling everyone we all bleed the same, meaning you don't have to go on the way their skin looks to know we're all the same," said Erica.

The Boys and Girls Club's Social Justice Collection was unveiled by members of the group's Industry Club for Black History Month to pay homage to Black wealth and success in America. 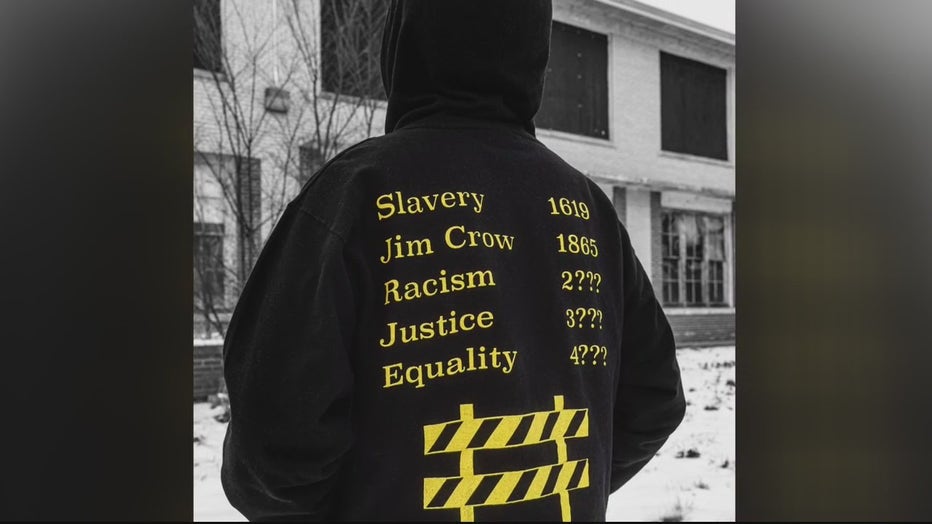 They’re calling the project  "Reimagining Black Wall Street" which the organization say is a first in the nation for the Boys and Girls Clubs.

"...kinda use that Black Wall Street theme to help them understand their history, where they come from, and as they move forward as entrepreneurs," said Kyles.

The apparel will be available online and in-store. However, it'd be a mistake to think only customers are benefitting from this exercise in expression.

The kids are working with professionals when they're designing and selling their own work. Kyles says it's allowing the members to use their art as a way to speak out.

Each t-shirt and hoodie involves a custom design with a story behind it.

The youngsters worked with the owner of Detroit is the New Black and the owners of Deviate to design their collection. Tommey Walker, founder of Detroit Vs. Everybody helped bring the collection to life.

Anyone between the ages of 14 and 18 is eligible to be a part of this program. They have to reach out to the Boys & Girls Clubs of Southeastern Michigan to apply.

The Reimagine Black Wall Street Collection will be available in-store at Détroit is the New Black at 1430 Woodward Ave, Detroit, MI 48226, and online at detroitisthenewblack.com.