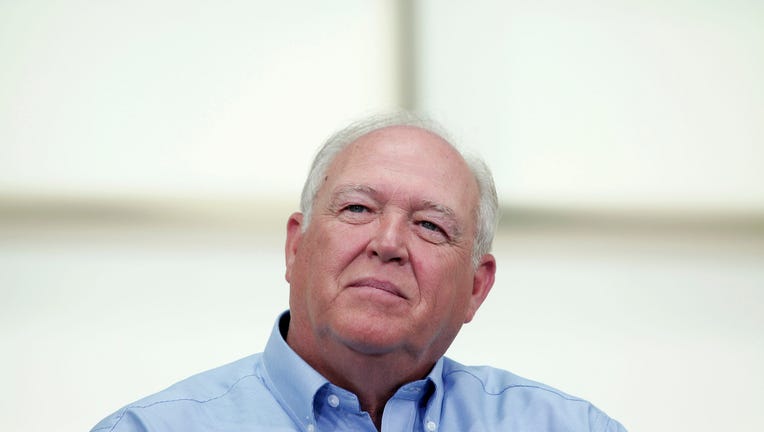 (FOX 2) - A former president of the United Auto Workers union has been charged with corruption.

Dennis Williams is accused of conspiring with his successor and others to embezzle money for golf, vacation villas and fine dining.

Williams is the 15th person to be charged in an investigation of corruption inside the senior ranks of the labor union.

Williams retired as UAW president in 2018, handing the reins to Gary Jones.

The charge against Williams was filed in Detroit federal court as a criminal information, which means a guilty plea is planned. Jones pleaded guilty in June.

The union now is led by Rory Gamble, who has promised to reform the culture in the UAW's top ranks. As part of that effort, a Michigan vacation home built on union property for retired President Dennis Williams is listed for sale at $1.3 million.

The UAW, based in Detroit, has about 400,000 members and is best known for representing workers at Fiat Chrysler, General Motors and Ford Motor.

Brian Rothenberg with the UAW released a statement regarding Williams' charges:

“We are aware of criminal charges filed against former UAW President Dennis Williams. Any violation of Mr. Williams' oath of office and his responsibility to oversee our members and their sacred dues money, should rightfully face criminal penalty. Today’s development is a sad day for UAW members. But it is also a humbling day of truth and justice demonstrating that no one is above the law, regardless of their position.

Under the leadership of current UAW President Rory L. Gamble, the UAW and our International Executive Board continue to focus on comprehensively reviewing and strengthening our Union’s financial and ethical policies and controls, and the UAW will continue to take the strong actions necessary to restore the full faith and trust of our more than 400,000 active members and nearly 500,000 retirees across the country.

As we have committed to our membership, when the UAW finds there has been wrongdoing, we will take all available actions to hold that person accountable, no matter how high the office they hold. Let us begin to turn the page to a better union -- but let us never forget the painful lessons of the past.”